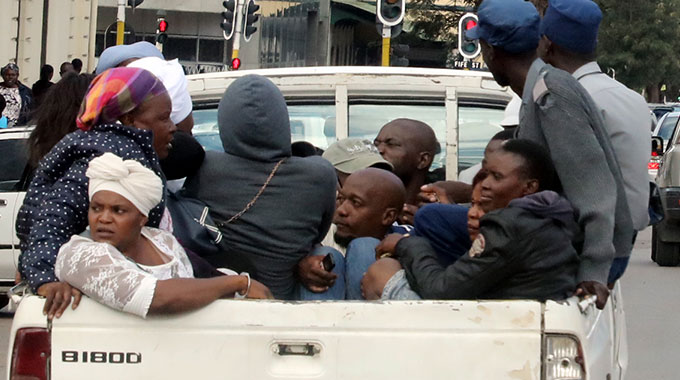 Over 150 illegal money changers were arrested in Bulawayo central business district on Tuesday as police intensify efforts to eradicate illegal activities in the city.

On Monday police had warned the illegal foreign currency dealers that they will move against them to restore sanity in Zimbabwe’s second-largest city.

As promised, we are working to restore sanity in the city and today we have arrested more than 150 people for illegal forex dealing. This is an operation by a team under the command of Chief Superintendent Marshal Dube, of Bulawayo Central District. The team arrested more than 150 Osiphatheleni and many others who were blocking the pavement.

We are going to sustain our raids. We believe Bulawayo people are reasonable and we hope that the message will be heard. We want to protect property and life. We must all make Bulawayo a better place. Such levels of lawlessness cannot be tolerated.

Illegal money changers had taken over the area surrounding Tredgold Buildings which has been named the “World Bank”.

Previous police raids were not sustained and the Osiphatheleni returned to their “bases” as soon as they were released.