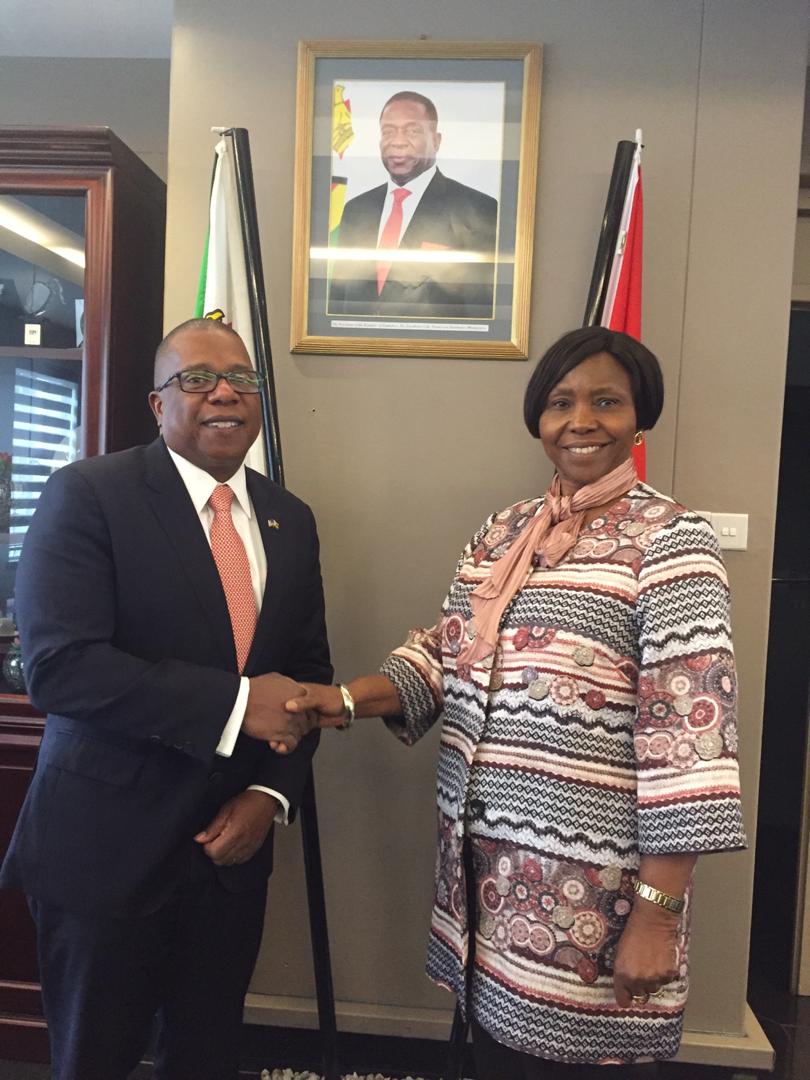 Zimbabwe’s Defence Minister, Oppah Muchinguri-Kashiri sent tounges wagging following her remarks that the coronavirus outbreak, which has mostly affected countries in the Northern Hemisphere including the United States, was a form of punishment from God.

Muchinguri-Kashiri made the remarks while speaking at a Zanu-PF meeting in Mashonaland recently.

She added that COVID-19 was unleashed by God to punish US President Donald Trump and other Western countries for imposing sanctions on Zimbabwe.

Meanwhile, Zimbabweans have expressed mixed feelings over Muchinguri-Kashiri’s remarks. Here are some of the views expressed on Twitter:

Alex T Magaisa: I have listened to Oppah Muchinguri’s views on the coronavirus pandemic & to say I’m gobsmacked is an understatement. I wonder how the team of wannabe spin-doctors running the ZANU PF propaganda machine will spin this one. How does a senior minister utter such rubbish?

Sophie Mokoena: I am waiting for President @edmnangagwa to correct this mess. The problem of the coronavirus is a reality. We don’t deserve this kind of leadership in Africa. Alex Magaisa responds – The Defence Minister embarrassed us a lot. But they are not the type to make corrections, let alone apologise. They have never taken responsibility and they won’t start now. Regrettably, they have a bunch of enablers that see nothing wrong at all in this.

Mmatigari: Why should the President “correct” someone’s opinion. It’s her view. Why are you people so intolerant? Oppah must think what you want her to think?

Alexander Rusero: Spiritually it may be proven true, even by making Biblical reference. We are majoring on the minor here!

Ranga Mataire: She was speaking to a specific political constituency and its clear banter. Nothing to write home about.

Fadzayi Mahere: Somebody high up in Govt needs to take charge of the Oppah Muchinguri disaster. Her remarks have gone viral & are being recorded as the official Zimbabwe Govt position on #CoronaVirus in many international news outlets – including Germany, the UK, SA & Kuwait. Is this desirable?

Pedzisai Ruhanya: Some people in the Zimbabwe gov such as Oppah Muchiguri, Mutsvangwa, Matemadanda and Mthuli should not be allowed anywhere near public service. They are toxic and poisonous to the national interest.

… Doing wrong things is not a problem in ZANU PF that’s why the leadership of that party is silent on Oppah Muchinguri’s offensive and racist attacks against coronavirus victims.

… South Africa President Cyril Ramaphosa declares coronavirus a national disaster while in Zimbabwe Defence Minister and ZANU PF chair Oppah Muchinguri says the pandemic is a punishment against Westerners over sanctions imposed on Zimbabwe although the virus originated from China.

Chipo Dendere: Just to be clear this is a ZANU PF problem. Don’t try and include us in this mess. ZANU PF officials are callous – the world gets to see what we deal with every day.

Godfrey Gandawa: On behalf of the people of Zimbabwe, I would like to apologise to those countries that have been affected by the coronavirus; the provocative and ignorant comments by the Defence Minister do not reflect the thinking of the generality of Zimbabweans who wish you a speedy recovery.

10 comments on “Zimbabweans React: To Muchinguri-Kashiri’s Assertion That Coronavirus Is God’s Judgement On America”