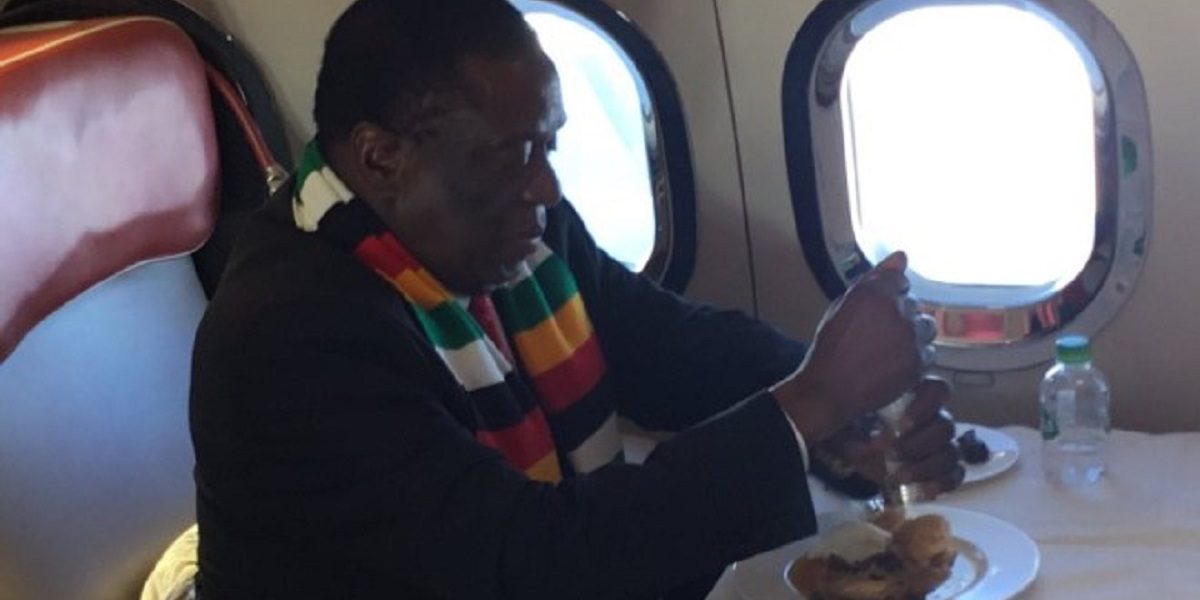 President Emmerson Mnangagwa has said that he eats varieties of meat from livestock he keeps at his farm.

Speaking at a field day held at his Precabe Farm on Thursday that was attended by government officials and villagers, the president said:

At this farm, we have plenty of livestock including cattle, sheep, goats, pigs and countless poultry. From all those we eat whatever, we want when we feel like.

His remarks are a contradiction to his sentiments he made a few months ago in Harare when citizens complained about the soaring prices of meat.

Mnangagwa had urged citizens to eat potatoes and vegetables as he himself does not eat meat. The president added that doctors say that it is not healthy to eat meat.

Prices of meat, like those of other commodities, have over the past 24 months been going up when salaries of workers have remained relatively stagnant.