Mduduzi Mathuthu the founder and editor of online publication ZimLive claims that the private jet of President Emmerson Mnangagwa has left Harare for an unknown destination.

This is happening when the president last week banned foreign travel by government officials due to the coronavirus pandemic. Posting on Twitter, Mathuthu said: 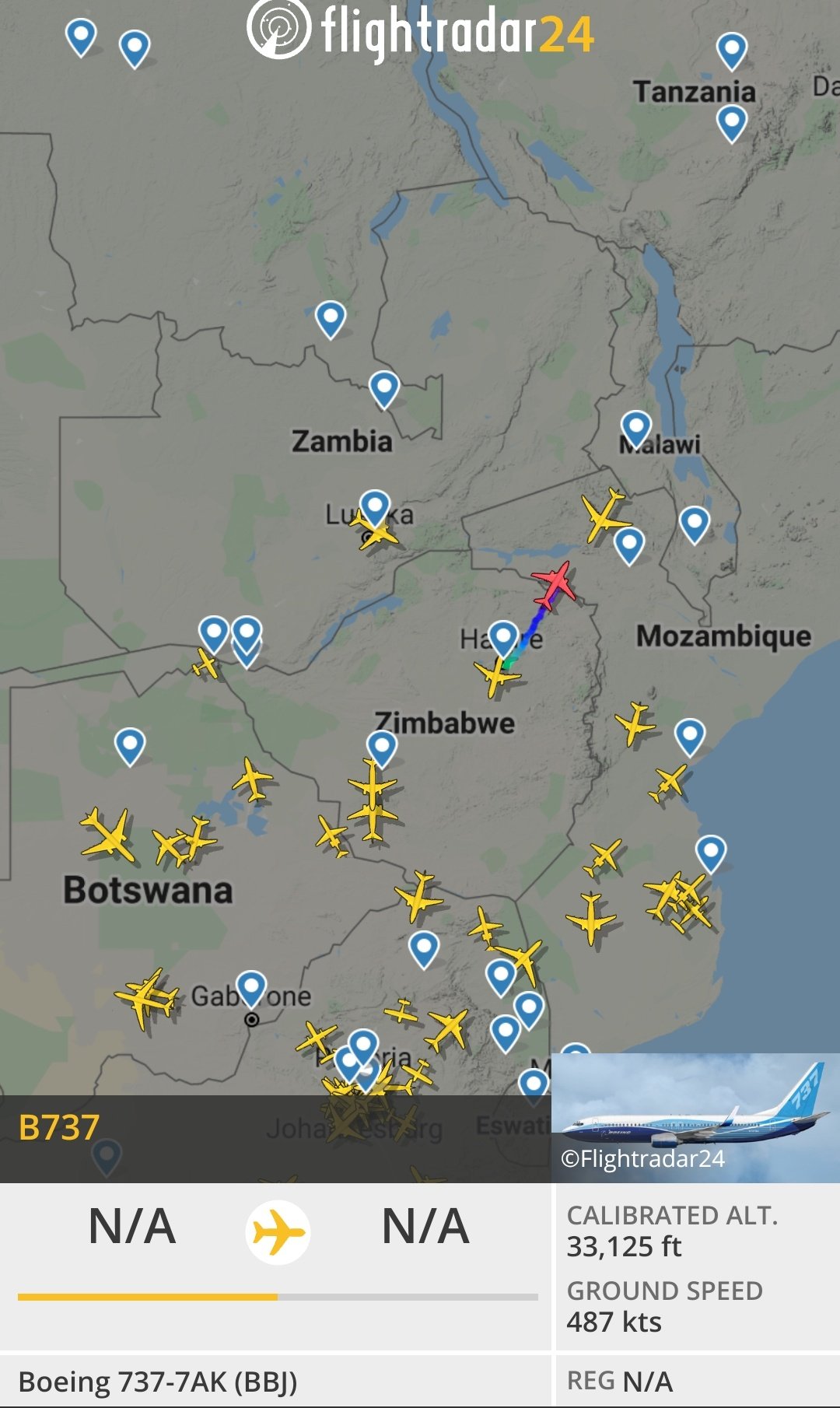 Others said Mnangagwa might not be the passenger adding that the jet is likely being used to smuggle minerals including gold and diamonds.

Mnangagwa is believed to have huge shares in various gold mines around the country.