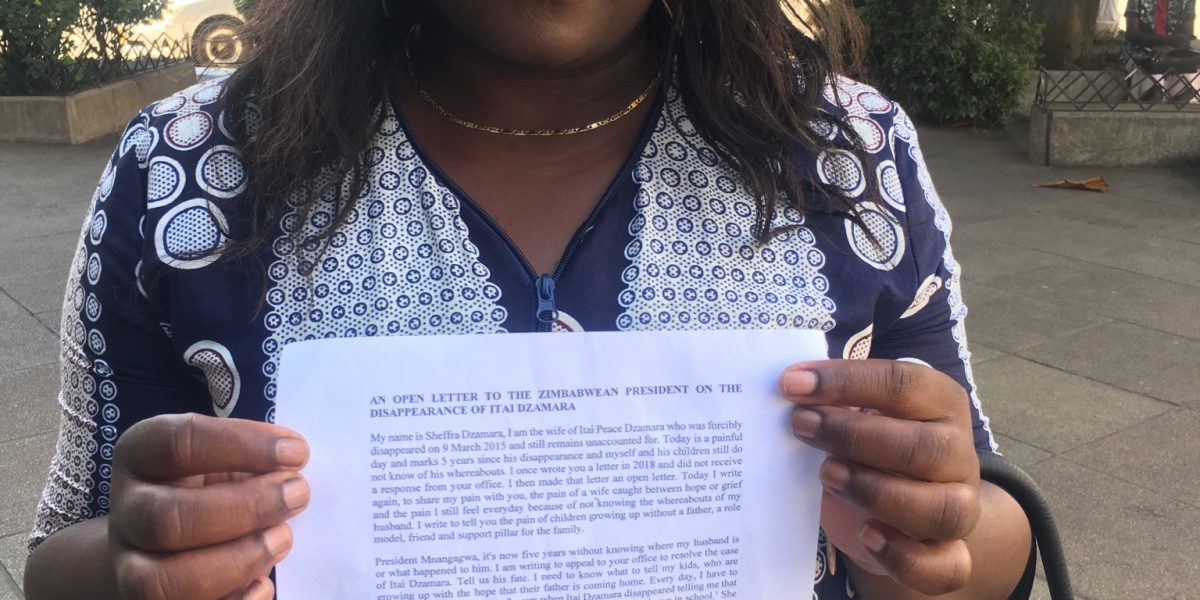 The wife of Itai Dzamara, Sheffra, has written an open letter to President Emmerson Mnangagwa pleading with him to resolve her husband’s abduction case.

The letter was written on Monday, March 9, the day which marked 5 years since Dzamara was abducted in 2015 by five unidentified gunmen. Sheffra’s letter reads in part:

President Mnangagwa, it’s now five years without knowing where my husband is or what happened to him. I am writing to appeal to your office to resolve the case of Itai Dzamara. Tell us about his fate.

I do not want my children to grow up with hate and anger against the government because they do not have answers.

Today, I write again to share my pain with you, the pain of a wife caught between hope and grief. I still feel the pain every day because of not knowing the whereabouts of my husband. I write to tell you the pain of children growing up without a father, a role model, friend and support pillar for the family.

In October 2014, Dzamara hand-delivered a petition to Robert Mugabe, the then President of Zimbabwe asking him to step down.

A few months later, he was abducted in broad daylight by suspected State agents while at a barbershop in Harare’s Glenview suburb.