Government has noted with concern a statement by the European Union published on their Twitter handle, in which they stated that Government should “shed light and serve justice” on the disappearance of Mr Itai Dzamara, who went missing in March 2015.

Since Mr Dzamara’s disappearance, a task force of skilled detectives was put in place to investigate the matter. Further, a reward of US$10000 from the Zimbabwe Republic Police (ZRP) is on offer for information on Mr Dzamara’s whereabouts. The Police have regularly issued public appeals for information including in recent times.

They have also submitted more than 9 reports to the High Court of Zimbabwe in compliance with an order of that court. These reports are publicly available.

Government feels very strongly that no Zimbabwean should disappear without a trace and empathises with the Dzamara family in their quest for their loved one’s safe return.

To this Government, every Zimbabwean counts. It is therefore diplomatically unhelpful and misleading to insinuate that Government does not intend to shed light into Mr Dzamara’s disappearance as if it had a hand in it.

Government remains open to engagement with all diplomats accredited to Zimbabwe and provide clarity on any matter of mutual interest using agreed formal channels. 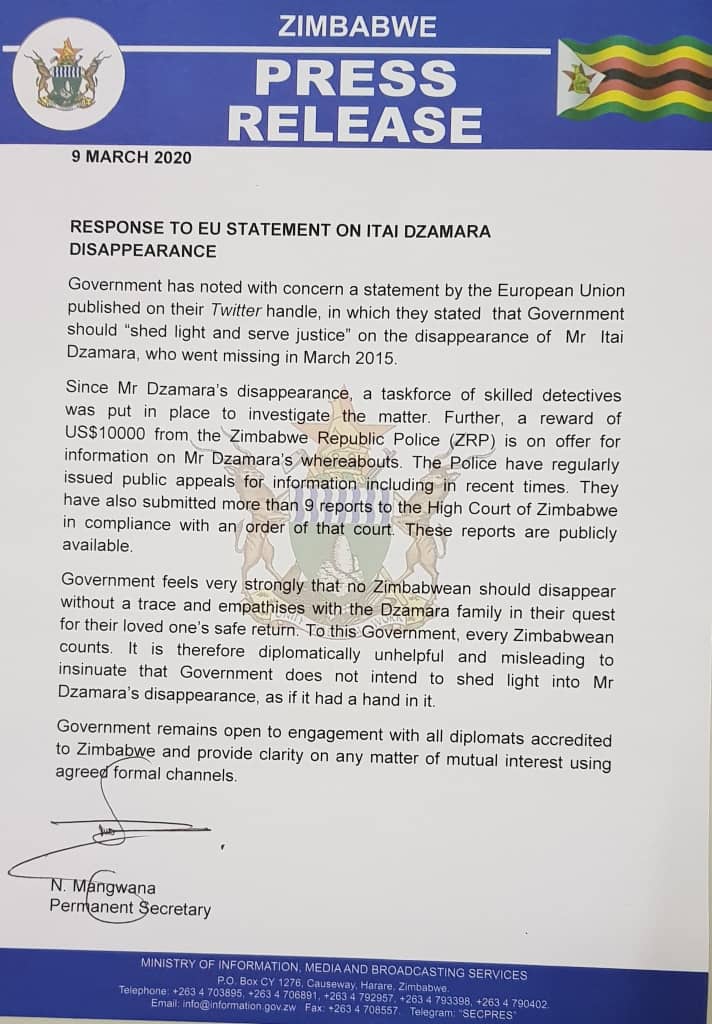