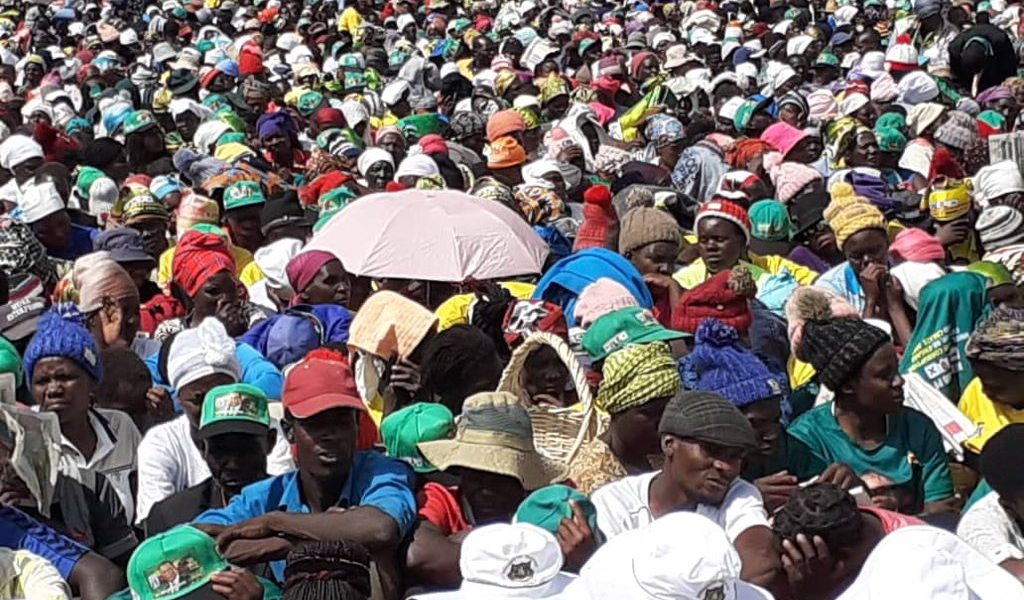 President Emmerson Mnangagwa on Friday pleaded with ZANU PF supporters not to leave the party even though they are experiencing immense suffering because of a collapsed economy.

Mnangagwa made the plea while speaking at a rally at the Matizha business centre in Serima, Gutu where thousands of villagers were bussed to the venue. He said:

Yes, we have economic challenges, but they will pass.

Zimbabwe is experiencing shortages of almost all basic goods and services; the staple food (roller meal), fuel, clean water, medicines, cash and electricity among others.

The November 2017 military coup, which ushered in the so-called ‘New Dispensation’, while hailed by the majority of Zimbabweans as a potential harbinger of a better life, has turned out to be a curse as things have gone from bad to worse.