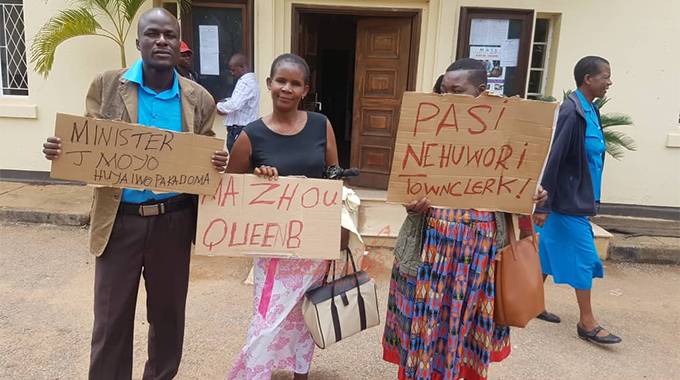 Kadoma City council workers reportedly downed their tools today demanding a pay rise, The Herald reports. The workers also demanded the town clerk’s head on a platter as they claimed he is corrupt and he must be fired.

(They) were demonstrating against management’s decision to connive and peg its education allowances at $13 000 while the general employees are getting $380.

Further, the workers are demanding the immediate ouster of the town clerk Malvern Dondo whom they also accuse of pocketing a hefty salary of about $30 000 while the least paid worker is getting $779.

The police were reportedly called to disperse the angry crowd that had gathered outside the townhouse.