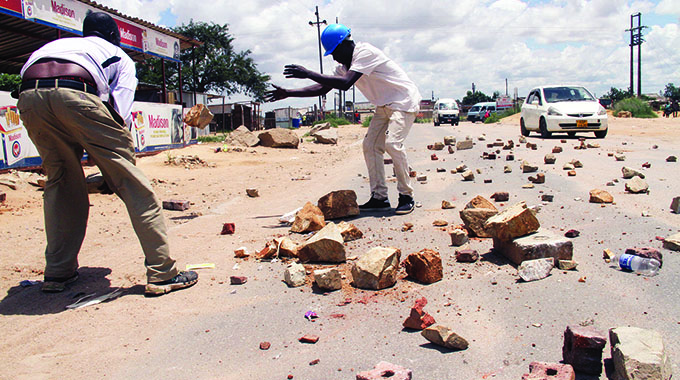 The Zimbabwe National Liberation War Veterans Association (ZNLWVA) has condemned the violence that erupted in Chitungwiza on Saturday when a group of youths reportedly attacked a ZUPCO bus and several shops at Chigovanyika Shopping Centre.

ZNLWVA secretary-general Victor Matemadanda said acts of vandalism targeting public infrastructure are counter-productive and should be condemned. He said:

There is no normal person who can support any form of violence. It destroys, hinders and disrupts production, which is key to development.

I am surprised that these people allegedly from opposition parties are saying they want people’s lives to be better, yet they are disrupting business. Some people are busy doing their businesses, but someone is busy destroying that.

Government is working towards improving the transport situation across the country, but some people are destroying the same buses, which should ease transport challenges.

The demonstrations rocked Chigovanyika Shopping Centre with the youths burning tyres and clashing with police.

11 people suspected of having taken part in the demonstrations were arrested.