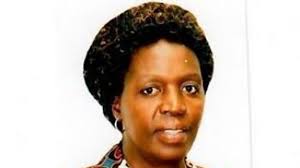 Members of Parliament have requested that there should be fuel service stations set aside for them exclusively where they can buy fuel to enable them to move without hindrance in the execution of their duties.

Speaking during a question and answer session in Senate on Thursday, Manicaland Senator Keresencia Chabuka (MDC-Alliance) asked Energy and Power Development Deputy Minister Magna Mudyiwa to explain what the Government was doing to ease the fuel situation. Said Chabuka:

Today is Thursday (and) tomorrow we are expected to check out (of hotels) and go to our respective constituencies; how do we get there?

Senate Deputy President, Sen Mike Nyambuya, then weighed in, saying legislators were having a torrid time to access fuel. He said:

It will be useful to have a garage or service station where MPs could go and redeem their coupons.

Mudyiwa told the Senators that her Ministry has little control over privately-owned fuel service stations, except for PetroTrade, which her Ministry controls.