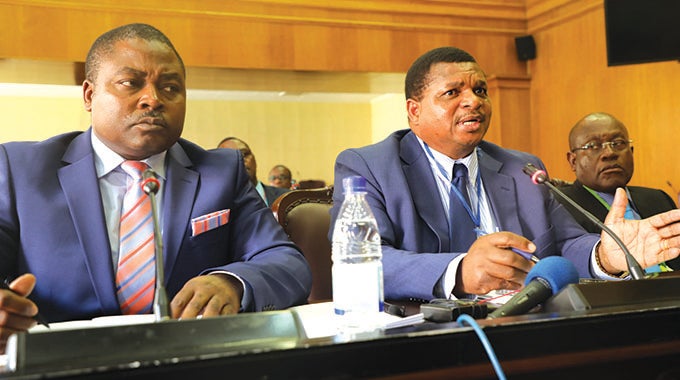 Member of Parliament for Uzumba, Simbaneuta Mudarikwa (ZANU PF) has castigated Zimbabwe Broadcasting Corporation reporters for being “uncouth” and “unethical” when conducting their duties.

Mudarikwa claimed to have been a victim of a smear campaign by a ZBC reporter who contested against him during the ZANU PF primary elections. He said:

Individuals at ZBC pretend that what they are doing is pro-government and yet it is for their benefit.

Makonde MP Kindness Paradza (ZANU PF), asked why ZBC journalists that would have lost in the party’s primary elections are allowed to return to the newsroom.

ZBC chairperson Josia Tayi told the disgruntled MPs that there is no law that prohibit journalists from participating in primary elections.

However, Mbizo MP, Settlement Chikwinya (MDC) argued that ZBC cannot hide behind the law when the issue is about ethics.