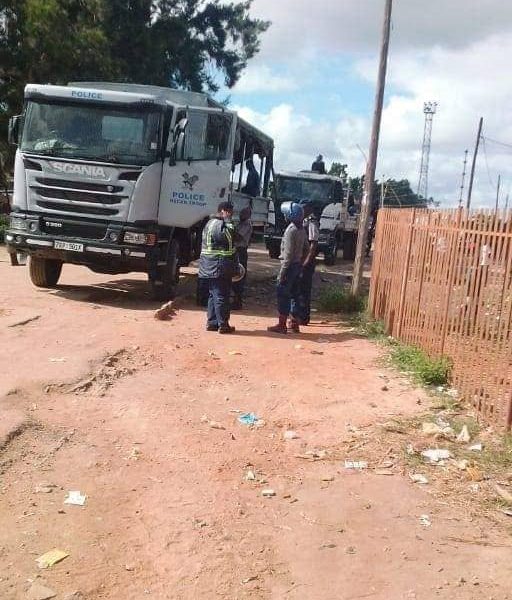 Among those arrested is National Youth Assembly spokesperson Stephen Sarkozy Chuma while the MP for the area and MDC Deputy National Chair Hon. Hon Sikhala was summoned to the police for no clear reason.

No reason was given for the siege and the State-sanctioned violence. Last week, Zanu PF distributed fliers mobilising their supporters to siege the rural home of President Nelson Chamisa in Gutu as well as the urban homes of Vice President Tendai Biti and Deputy National Chairperson Hon. Sikhala.

The MDC regards the siege in St Mary’s and the incessant harassment of party leaders as needless persecution. The regime is treating the MDC as a terrorist organisation when it is a legitimate political party represented in Parliament and running the majority of local government councils.

The MDC has declared 2020 as the year of Action and no amount of intimidation will cow the nation from sonorously expressing their displeasure at the illegitimate regime that has dismally failed to address the challenges facing the people.

It is the people who are truly sovereign and terror tactics will not work. State-sanctioned violence will not stop an idea whose time has come.