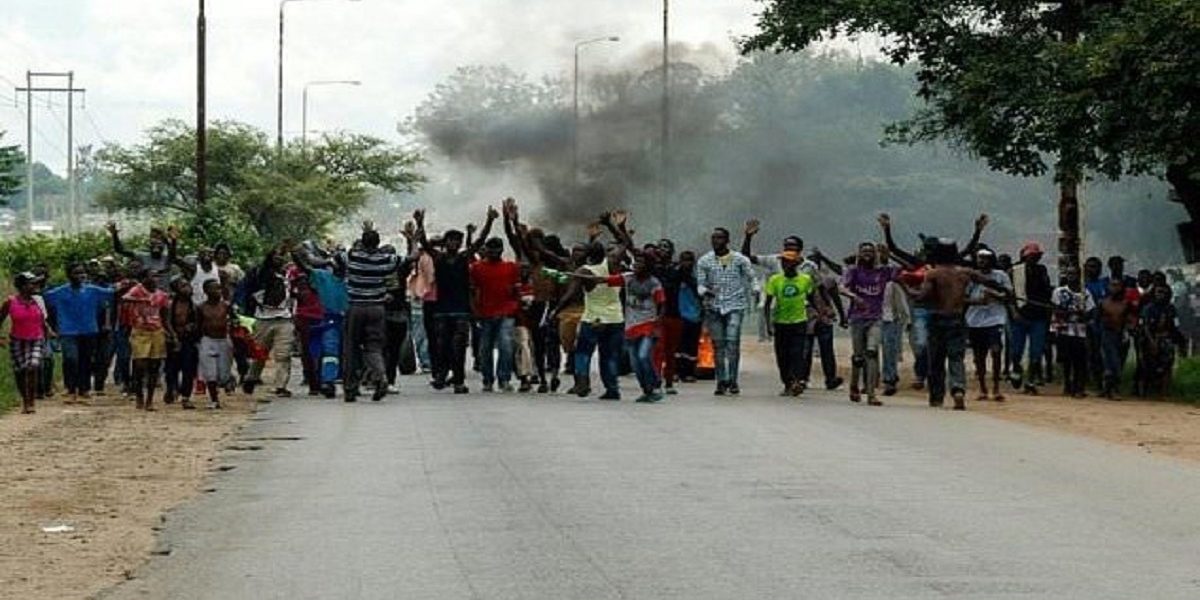 Shops, vehicles, and a ZUPCO bus were damaged during the disturbances with informal traders forced to abandon business.

The Zimbabwe Republic Police condemns acts of violence by unruly youths who were obviously mobilised to engage in disturbances at Chigovanyika in St Mary’s, Huruyadzo shops and Zengeza 2 shops in Chitungwiza this morning (Saturday).

The MDC youths were burning tyres and interfering with the smooth flow of traffic in the suburbs.

The youths went on to shatter a Zupco bus windscreen, while some passengers were attacked, with some losing their cellphones.

Police moved in and restored order in the area. Eleven have since been arrested and are in police custody.

Members of the public are, therefore, urged to follow the due process of the law in undertaking various activities.

Police will not hesitate to effect arrests on anyone who disregards the laws of the country.