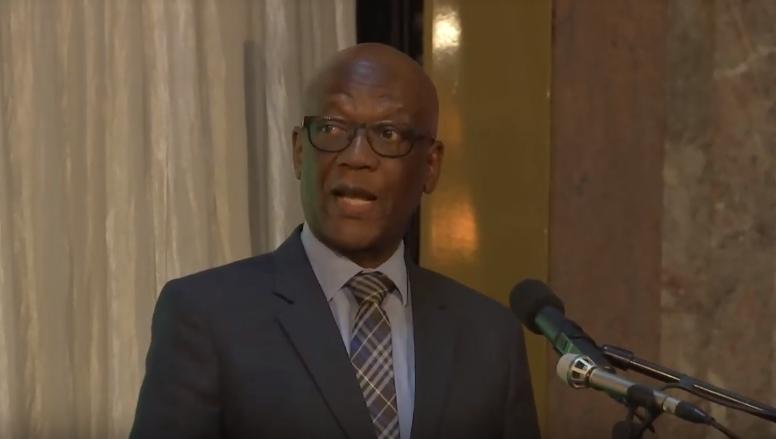 South Africa’s Ambassador to Zimbabwe Mphakama Mbete told President Emmerson Mnangagwa’s government to stop meddling in the functioning of public institutions and to respect the rule of law for the country to be able to revive its economy.

Public institutions are key to proper economic management and must be allowed to pursue their mandate in line with the policy framework and legislation that establishes them. These institutions are important to provide a stable and predictable economic environment for business to thrive.

Zimbabwe has an industrial base that has been neglected for long and needs reinvestment and re-calibrating. This neglect undermines government revenue collection potential since industry is operating below its potential.

Industry and the economy by extension triumphs when basic services such as energy, fuel, water, bulk services, for example, are provided in a consistent and predictable way, this is essential for long-term planning by the productive sectors.

Mbete called Zimbabweans, that is, government, business, labour and citizens to enter into a social contract to tackle the country’s perennial problems.

He pointed Mnangagwa to his own country’s successful social contract through the National Economic Development Labour Council.