South Africa’s ruling party, the African National Congress has announced that it will be marching against the country’s power utility, ESKOM over load-shedding.

ANC said that it will be marching this Wednesday, 26 February a development that was criticised by some who said the party should have just fired the ESKOM leadership.

The announcement comes after the Economic Freedom Fighters party led by Julius Malema has also announced its march on the 28 of this month over load-shedding and privatisation of the utility.

Below are statements from the ANC and the EFF over the planned marches. 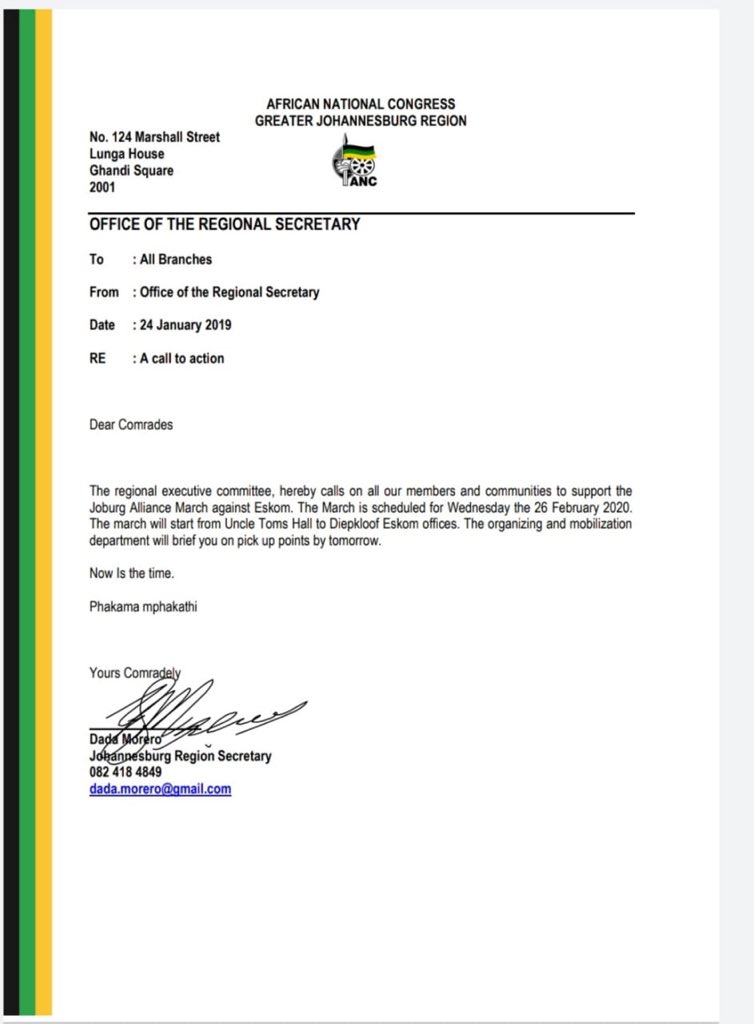 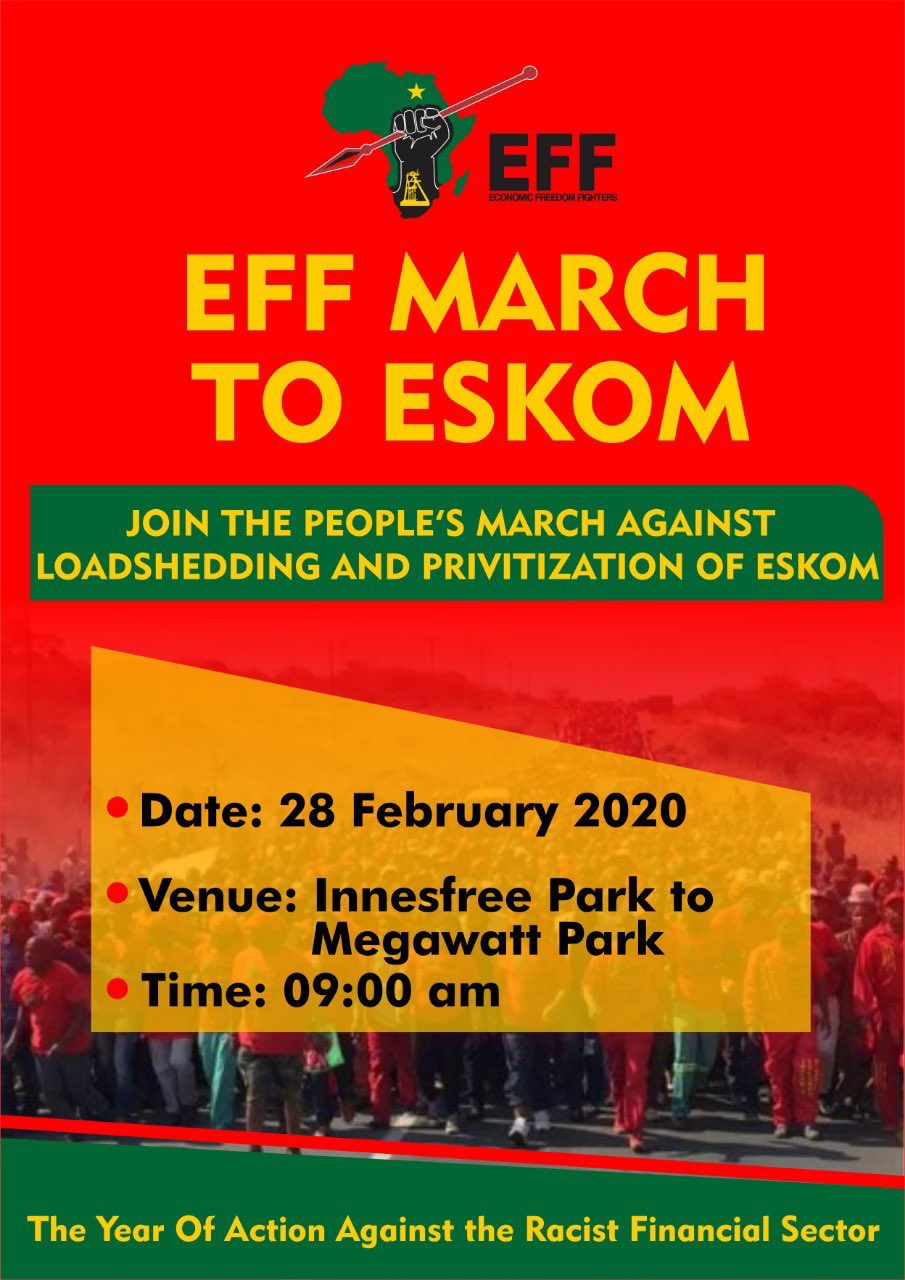