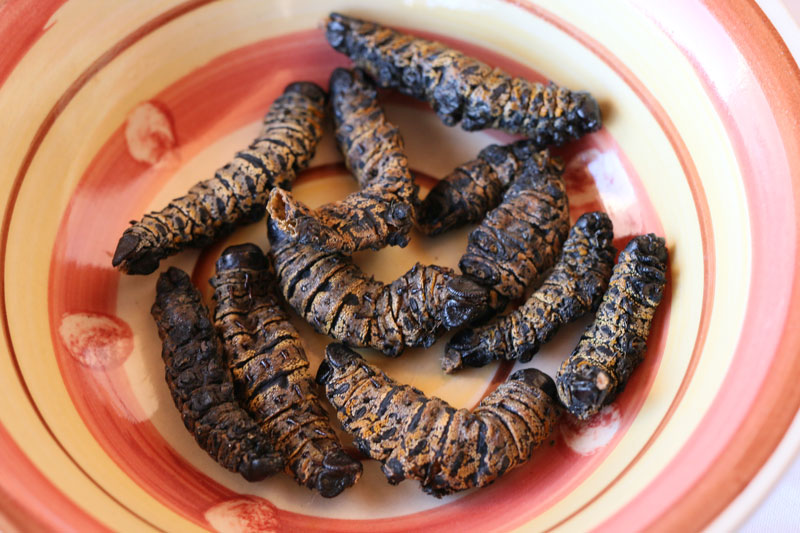 Zimtrade chief executive, Allan Majuru said Zimbabwe has the potential to earn foreign currency from exports of mopane worms – known locally as macimbi or madora – to Europe where they are a highly sought after delicacy for their nutritious value.

The country’s trade promotion body has commissioned studies to establish what are the requirements for exporters to penetrate the lucrative European market. Said Majuru:

There are things where we have a comparative advantage but are not making use of – macimbi (mopane worms), in Europe (it) has become a hit as one of the highest sources of protein.

We are in the process of establishing and understanding the rules and regulations in order for us to export macimbi to Europe because they are highly sought after as a source of protein.

Mopane worms feed primarily on mopane tree leaves but can also do so on other tree species.

They are harvested by handpicking and then dried. They can be eaten raw as a crisp snack or alternatively can be soaked to re-hydrate and then deep-fried until crunchy.

Some reports suggest that the nutrient levels in the worms are three times higher than that in beef.

One Comment on “Zimbabwe Plans Mopane Worms Export To Europe”