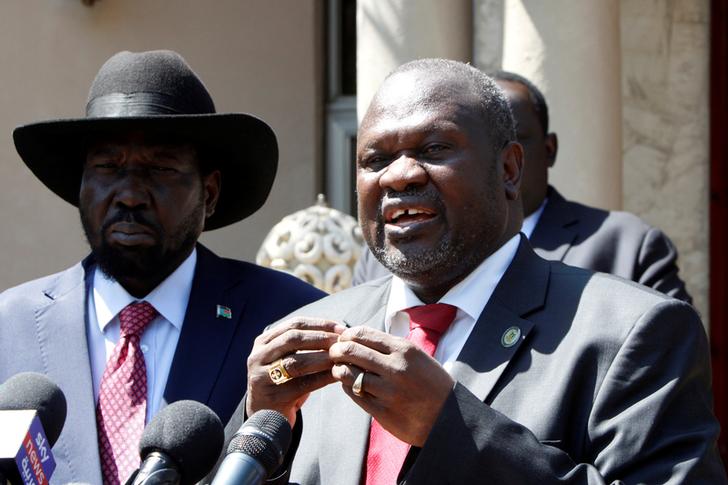 South Sudan ’s President Salva Kiir is expected to swear in former rebel leader Riek Machar as his first vice president on Saturday following a pact between the two men to form a Government of National Unity (GNU).

Kiir and Machar had repeatedly pushed back deadlines to form a government of national unity following a peace accord signed in 2018.

The formation of a unity government is expected to end a war that has claimed 400 000 lives in Africa’s newest State.

The two rivals met on Thursday at State House and said that a government will be formed and they will resolve outstanding issues, such as the unification of the army, in the coming days.