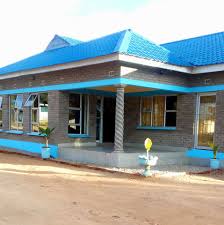 An Advanced Level student who obtained 20 points in the November 2019 Examinations was awarded a car by her school for her excellence last Thursday.

Tinotenda Chidume (19) was a learner at Sandon Academy in Mupandawana, Gutu District, Masvingo and came up top of her class.

For her achievements, the school handed her the keys of a Toyota Fun Cargo at an inaugural awards ceremony held at the school. She said:

I am still in shock that I won this car. I did not expect such a big prize.

I want to urge all learners at this school, across the country and the world over to always aim high because there is always a reward for hard work.

Other top-achieving students were awarded cash prizes, while their teachers walked away with television sets and bicycles.

The ceremony was attended by Information Communication Technol­ogy, Postal and Courier Services Minister Jenfan Muswere, who was the guest of honour.

Masvingo Provincial Affairs Minister Ezra Chadzamira was also in attendance and he praised Sandon Academy for its academic excellence.