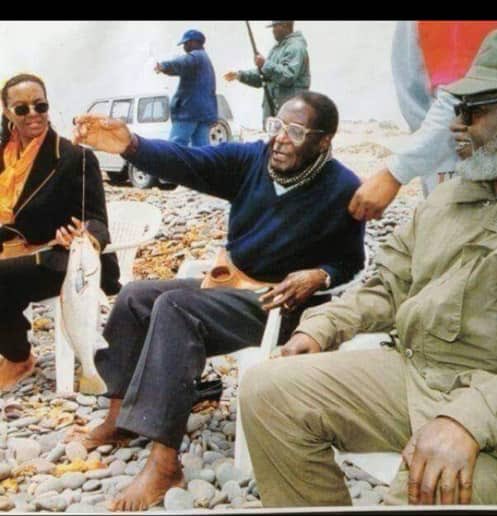 Zimbabwe Economic Freedom Fighters (EFF Zimbabwe) are proud to remember the legacy of former President of Zimbabwe Robert Gabriel Mugabe notably on the pan African ideas he espoused and promoted.

We are also enthusiastic to celebrate his legacy of land redistribution – taking back the land from the hands of the imperialists and redistributing it to the benefit of our own people.

As we celebrate his legacy, we also acknowledge the long-suffering of our people. Our people live in abject poverty.

Despite President Mugabe’s bold and noble efforts to economically empower our people, we still have the majority of our people in economic poverty.

As EFF Zimbabwe, we want the economic empowerment of our people to be radical, bolder and sustained.

We believe that it is our generational duty to finish the job started by our forebearers.
Those who are in positions of political power in Zimbabwe at present must understand that they cannot continue to plunder and steal our economic resources forever without consequences.

Make no mistake, our people will mobilise and hold them to account.

Mugabe was a statesman and a hero. He remains dearly loved by many across the length and breadth of Africa. His legacy remains and will endure for generations to come.

Mugabe promoted the idea that Africans should be free from Western dominance and bondage.

He tried his best to educate and conscientise the many but a few believed because of the negative vilification of Mugabe by the Western governments and their imperialist media.

Mugabe is gone. He played his part and played it to the best of endeavours. The big challenge is left to us the youth.

We need to organize ourselves and pride ourselves of the values of pan Africanism and socialism.

As EFF, we believe that Africa is endowed with the natural resources which are an envy of many from other continents hence these imperialists continue to fight hard to divide and rule us so that they can steal our natural resources unabated. It is now and for us to stand up and fight for a better future.

EFF Zimbabwe stand resolute in that there must never be any compensation for the land expropriated by the government from the imperialist forces who after all, had parcelled out land to themselves, in the process spilling blood and destroying the fibre of our being as abantu/ vunhu/ubuntu and our dignity.

EFF Zimbabwe is clear, we will never accept compensating those who stole the land. In any case, land expropriation without compensation is basically righting the wrong. It is fair. If anything, our people should be demanding compensation for years of economic loss, cultural loss and loss of dignity as our people were forced to abandon their ancestral land, leaving behind their ancestors lying in the land taken over by the imperialist.

Our people were humiliated and their dignity was taken away from them. It is our people who should demand compensation for these heinous crimes against ubuntu/vunhu.

For us as EFF Zimbabwe, Mugabe is a founding father of this nation along with others like Joshua Nkomo and many others.

In Mugabe, Zimbabwe had a brave and principled revolutionary. He stood tall and fought for his people. We are his people.

As the young people of this great nation, we will fight to finish the journey to economic freedom which our forebearers started.

The current political leadership in Zimbabwe is corrupt, selfish and rogue. Our people are left to fend for themselves like animals in the jungle.

The current government has betrayed the ideals of our forebearers. We do not have a government of the people by the people instead we have a bunch of ignoramuses, corrupt laden criminals masquerading as democratic. Our country is bleeding to death.

Mugabe must be turning in his grave. He never thought that one day the revolutionary party he founded would become a vehicle of oppression of the masses.

As we celebrate Mugabe’s legacy, we mourn the destruction of livelihoods of our people by their very own kind. The revolutionary party that Mugabe left has become a criminal cartel.

As EFF Zimbabwe, we call upon all Zimbabweans of all walks of life to reject corruption, nepotism, tribalism, selfishness and come together in a revolutionary spirit to embrace the journey we are embarking upon, the fight for radical economic transformation for the benefit of all our people. We are one country and one people. Let us come together to fix our country.

2 comments on “‘Mugabe Must Be Turning In His Grave’, EFF Zimbabwe Statement On National Youth Day {Full Text}”