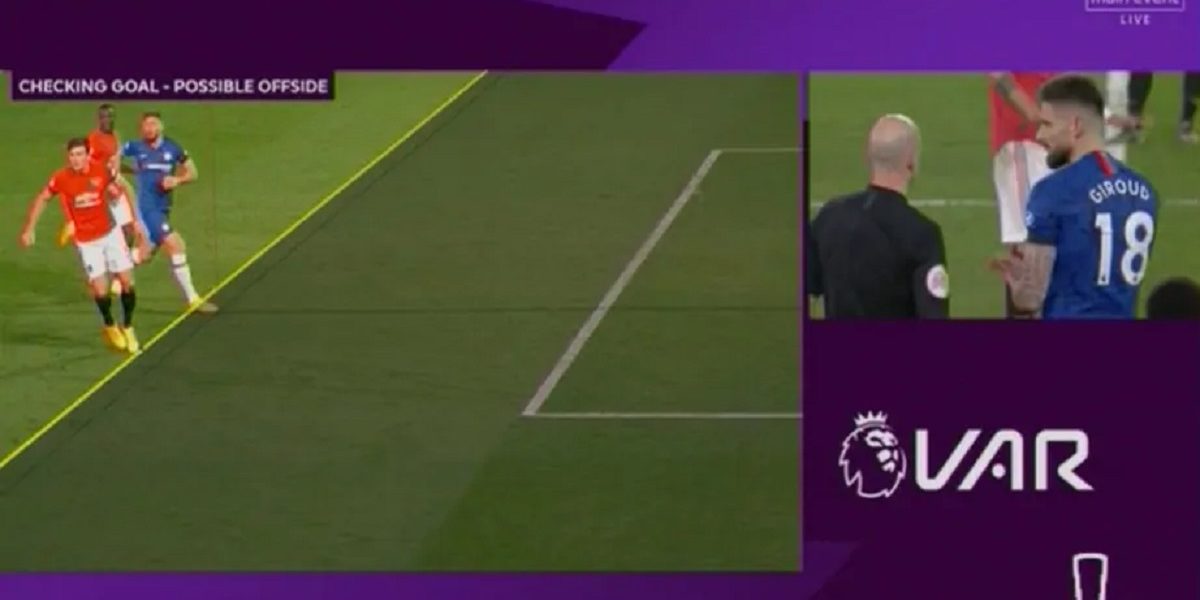 Chelsea coach, Frank Lampard has criticised match officials for not making use of the pitchside monitors during the Blues’ 2-0 defeat to Manchester United at Stamford Bridge last night.

Lampard believes that Manchester United skipper, Harry Maguire should have been given marching orders in the first half of the match for kicking Michy Batshuayi in the groin area.

Speaking to the press after the match, Lampard said Maguire’s foul was very clear and he should have been sent out. He added:

That’s a major part of what VAR was brought in for, a second viewing, different angles. I don’t get why they aren’t looking at the monitor. It should be used.

Chelsea played impressive football but unfortunately failed to convert their chances and they were eventually punished for that.

The loss is a huge blow to the Blues who face German giants, Bayern Munich in a UEFA Champions League encounter on the 25th of this month.