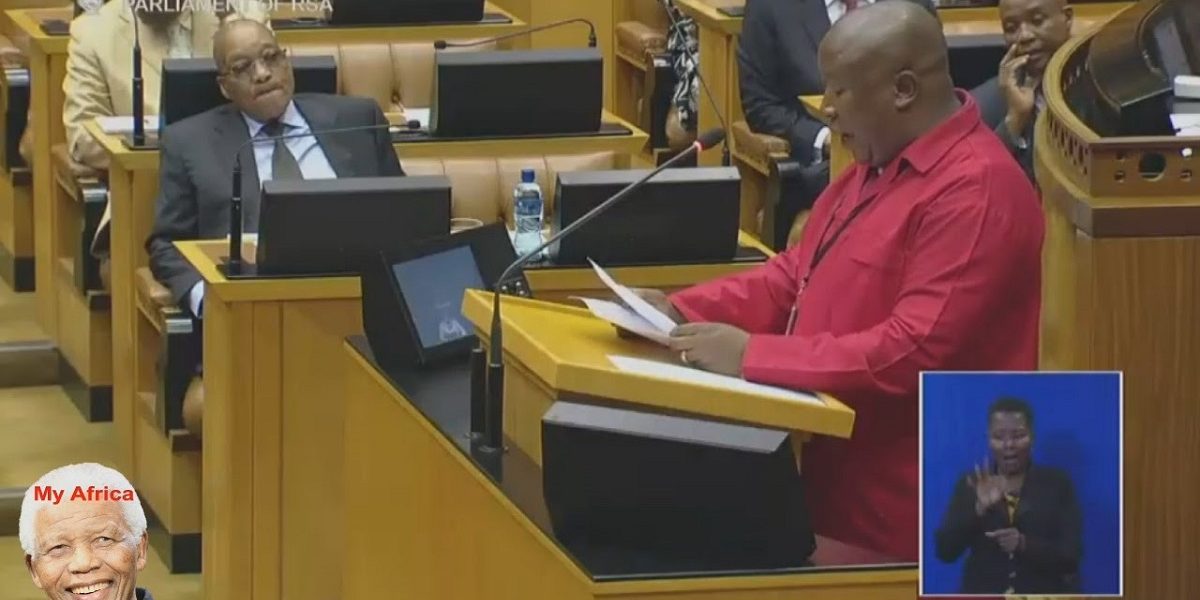 Opposition Economic Freedom Fighters leader, Julius Malema has said that his party will mobilise the masses to rally behind former president Jacob Zuma after the High Court has issued a warrant of arrest.

The High Court in Pietermaritzburg issued a warrant of arrest for former President Jacob Zuma, for failing to appear in court on a corruption case that he has allegedly sought to avoid for months, most recently by asserting that he is ill.

The court accepted that Zuma might be unwell but said his lawyers had failed to prove that he is ill and also did not determine when he started to be unwell or when he will be able to appear before the court.

The court said that the information was essential for the court to administratively prepare for the trial.

It also mentioned that there will be no special treatment for the former president adding that the law demands that the counsel for the accused persons should present a medical certificate or medical report to prove one’s health condition.

Meanwhile, Malema said that the warrant of arrest on Zuma was not justified and was setting a wrong precedence.

One Comment on “MALEMA: “We’re Going To Mobilise People For Jacob Zuma,” As Court Issues Warrant Of Arrest For Zuma”