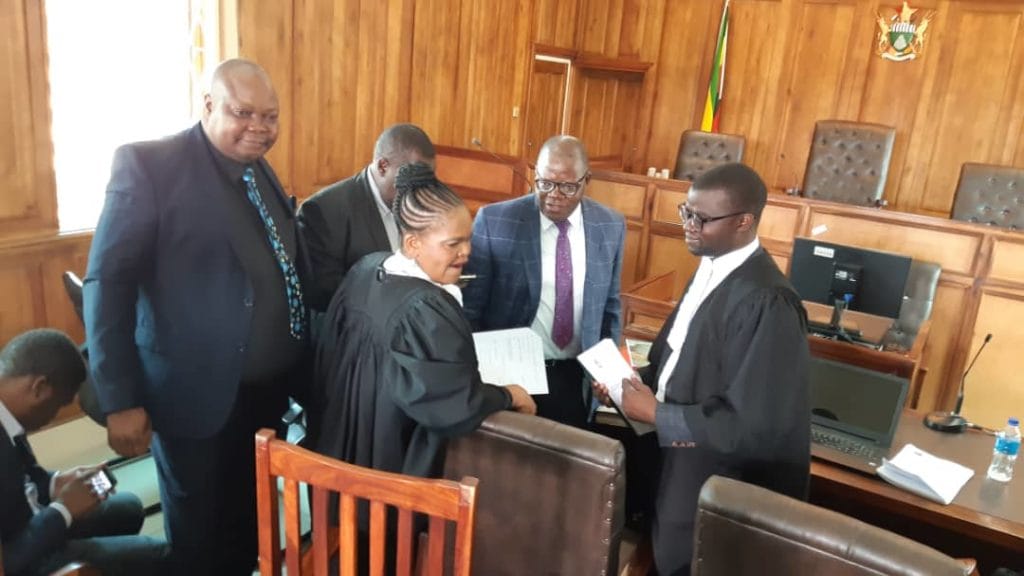 Justice Mawadze upheld an application filed by Hon. Sikhala excepting to charges of subverting constitutional government as defined in section 22(2)(a)(iii) of the Criminal Law (Codification and Reform) Act.

Hon. Sikhala’s lawyers Beatrice Mtetwa, Jeremiah Bamu, Tinomuda Shoko and Blessing Nyamaropa of Zimbabwe Lawyers for Human Rights had filed an application excepting to charges of subverting constitutional government arguing that the charges preferred against the opposition MDC Alliance party legislator do not disclose an offence.

Justice Mawadze ruled that Hon. Sikhala’s application for exception is meritorious as the utterances allegedly uttered by the opposition party legislator do not disclose an offence.

The Judge said it would be a sad day if people are to be tried on the basis of semantics and that acting unconstitutionally should go beyond the mere holding of a microphone by an excitable politician at a rally.

Hon. Sikhala was arrested on Tuesday 9 July 2019 and charged with subverting the constitutional government.

When the trial commenced on Monday 3 February 2020, prosecutor Tawanda Zvekare claimed that Hon. Sikhala advocated for the overthrowing of government through unconstitutional means during his address to some MDC party supporters at a political rally held on Saturday 6 July 2019 at Mandadzaka Primary School in Bikita in Masvingo province.

Zvekare also claimed that the Zengeza West legislator wanted to stage a coup with the intention of toppling President Mnangagwa from power.

But Justice Mawadze ruled that there was no reference to any unconstitutional means of removing President Mnangagwa from power in the utterances attributed to Hon. Sikhala and that Zvekare’s bold claim of attempting to stage a coup was bizarre.

In the end, Justice Mawadze acquitted Hon. Sikhala after ruling that he was not guilty of subverting the constitutional government.