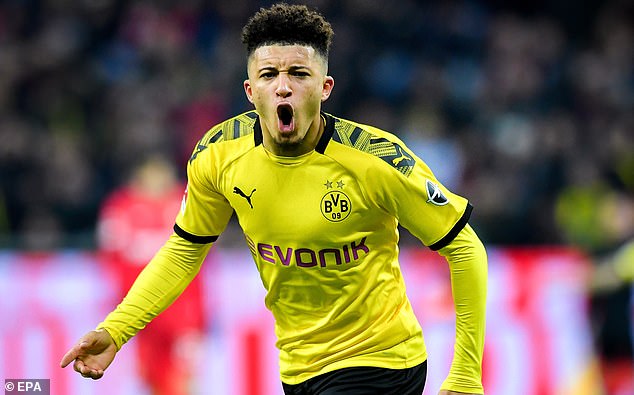 The Daily Mail claims that the Reds hope manager Jurgen Klopp’s connections at Dortmund could help them land a deal.

The 19-year-old England international, who is a former Manchester City trainee, has also attracted the interest of Manchester City, Chelsea, Real Madrid, Barcelona and Manchester United.

Last February Klopp admitted to having been interested in signing Sancho but believed Man City, who sold him for just £8m, would not sell to a direct rival. Said, Klopp:

Buying English players is a smart idea because we would never have a chance to get Sancho. We are not blind — we saw him, we liked him and then we think, “Can we get him?” No. Because English clubs don’t sell to other English clubs.

Sancho is reported to be goods friends with Liverpool’s Trent Alexander-Arnold, Alex Oxlade-Chamberlain and Jordan Henderson.

He is also a close pal of Rhian Brewster, on loan at Swansea from Liverpool, the pair having helped England win the Under 17 World Cup in 2017.