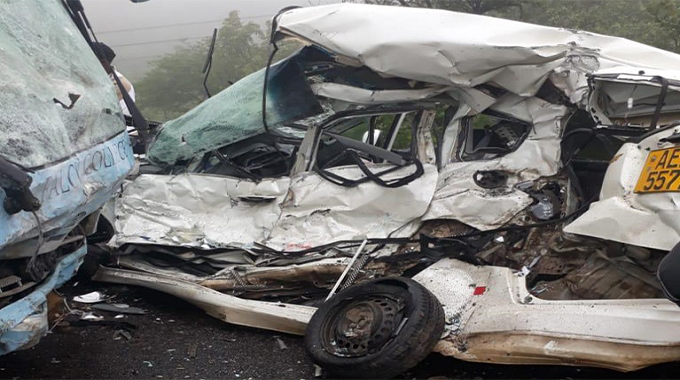 The Falcon College Bus was involved in a head-on collision with a Honda Fit today along the Bulawayo-Gwanda Highway and the driver of the Honda fit died on the spot while Falcon College staff members escaped with minor injuries, The Chronicle reports.

According to eyewitnesses who spoke to the publication, the Honda Fit driver was driving on the wrong lane in the misty weather when the accident occurred.

One of the Falcon College buses was involved in an accident this morning.  Some of our workers who were on the bus sustained minor injuries; no students or teachers were on the bus.

A Honda Fit, travelling in the wrong lane (overtaking on a blind rise in wet, misty conditions) smashed head-on into our 27-seater bus.  The Honda driver who was, mercifully, the only occupant of the car, died instantly.  I have personally just returned from the accident scene.