A purported Joint Operations Command (JOC) memo prepared about a month before the disputed 2013 elections shows that Zimbabwe mistrusted the then South African President Jacob Zuma, who was facilitating dialogue between President Robert Mugabe and Prime Minister Morgan Tsvangirai.

The memo also disclosed that Sino Zim Chairman, Sam Pa pledged to 2 million t-shirts, caps and bandanas, while DRC President Joseph Kabila donated US$85 million. Below is the document:

Collaborated Intelligence show covert meetings between Governments of South Africa, Nigeria and Britain to strategise on how to use SADC to influence politics in Zimbabwe by way of loyalty buying in Senior Security personnel.

Campaign regalia will be covered by Sino Zim Chairman Mr Sam Pa who pledged 2 million t-shirts and a corresponding number of caps and bandanas.

Vehicles- 500 trucks donated so far by Meikles and CPC.

Mbada Diamonds and Anjin Pvt Ltd donated a total of USD800 m for transport and mobilization.

Party candidates will cater for most of their costs as most funds will go to Presidential campaign.

33% of the budget will cover regional diplomacy (Next SADC Chair, Liberation movements) to drum up support for poll credibility before, during and after elections. 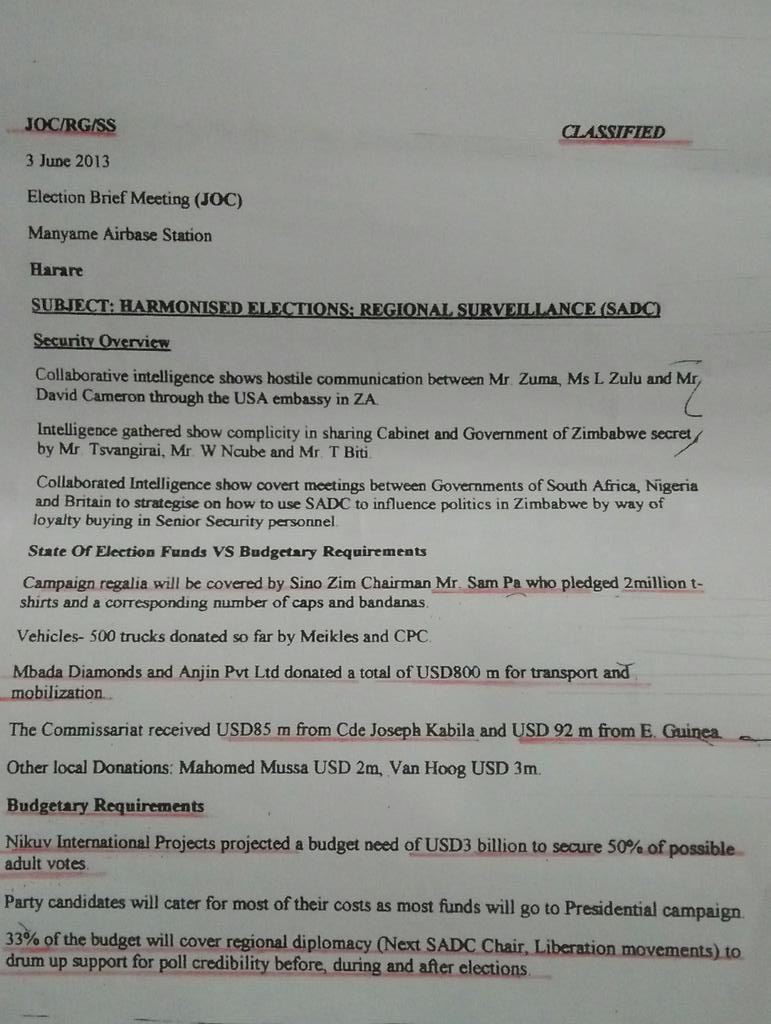