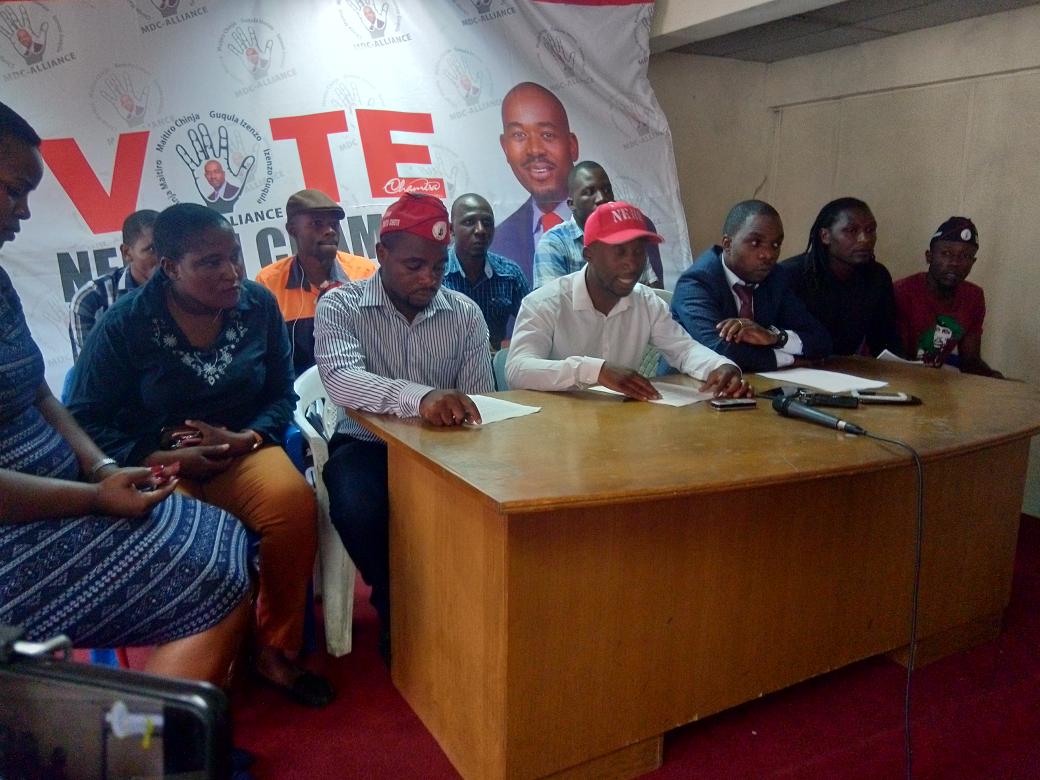 Opposition MDC youths have called upon Zimbabweans to all turn against the ruling ZANU PF which they said was corrupt.

This comes after ousted ZANU PF Youth League Political Commissar, Godfrey Tsenengamu had at a recently held press conference suggested that all youths in the country should unite and fight “cartels” including Sakunda boss Kuda Tagwirei.

Tsenengamu suggested that there will be a summit on the 14th of February and a national convergence on the 21st of February to demand a meeting between President Emmerson Mnangagwa and MDC leader, Nelson Chamisa over the alleged corruption.

MDC youths, however, believe that ZANU PF just wants the MDC to sanitise its ‘messed-up’ strategy. Read the full statement below.

We have learnt with deep shock the inclusion of our party into a factional battle gone wrong at Jongwe house and as the MDC Youth, we stand firmly guided by our own struggle and principles. I would like to state it here and now, categorically clear that the MDC Youth Assembly is not part neither is it parcel of the event that has been dubbed the Multi-Party National Youth Convention to be held on the 21st of February.

We will not sanitize a sham process that has nothing to do with the people of Zimbabwe but everything to do with individuals who have been sidelined in the grand matrix of systematic and organised cartel looting and they want to condomise their fight using the gullible youths who have been hoodwinked to think it’s a generational fight yet it’s personal upliftment escapade by the loudmouth youth leaders.

As MDC we have been and we remain committed to the fight against corruption and state capture, that has been our perennial gospel which is meant to redeem Zimbabweans and we will not be misled by a faction that portrays itself as holier than the other in ZANU PF. The whole institution of ZANU PF is in need of corruption exorcism starting from number 1 right down to the branch chairperson in Nembudziya. Alternatively, as MDC we call upon all progressive Zimbabweans to unite against ZANU PF the system and the characters, that way we can defeat the cartels that have been exposed by Prosecutor General Hodzi.

Moreover, 21st February has been chosen deliberately to honour RG Mugabe the author of this system that remains haunting the citizenry of Zimbabwe with it’s sophisticated and shrewd institutionalised cartels, and as such, they want to honour him with a borrowed hoodwinked crowd but as the MDC we are distancing ourselves from this non-event.