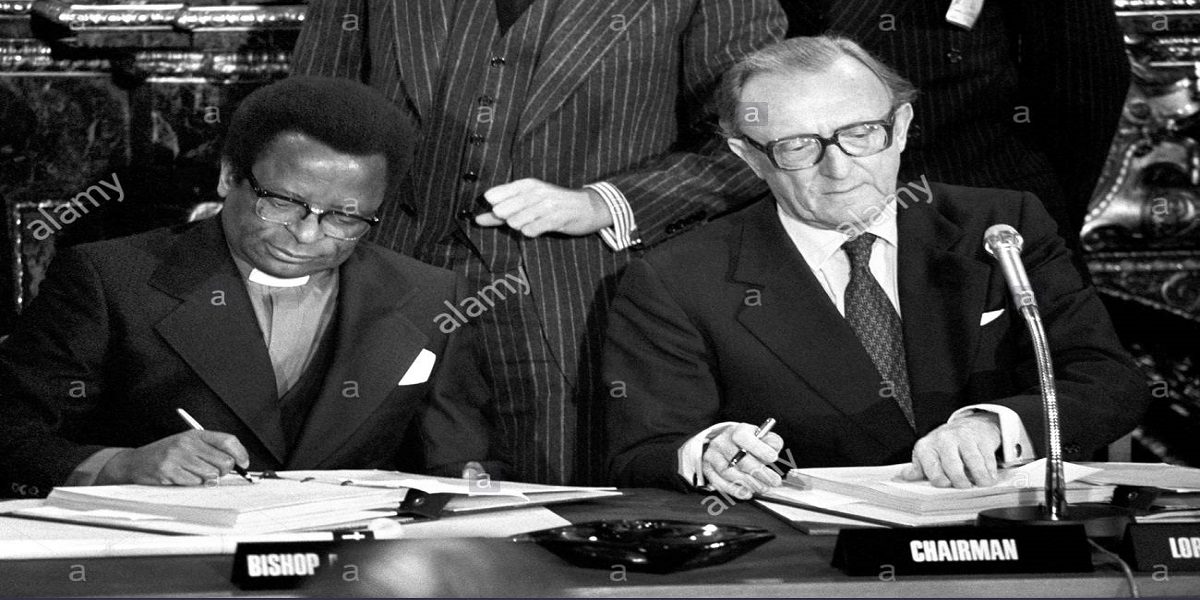 Tichatonga Nzekete has said that both General Tongogara and Ian Douglas Smith were not discouraged but were actually motivated by their challenges.

These remarks are made when the ZANU PF government has since the last two decades has been crying over sanctions imposed on the country by EU, UK and USA which they say are choking efforts to revive the economy.

As a country, you HAVE TO DREAM BIG!

April 25, 1973:
Prime Minister Ian Smith left the International Community in Shock as he masterminded the purchase of three (out of the only 65 that were manufactured Globally) Boeing 720 Aircraft and becoming the first African Gvt to take charge of the New Model!

The delivery (dubbed “triplets reception”) was celebrated at Jameson Hotel where Smith took the opportunity to remind the International Community (that had placed Rhodesia under 8 years of sanctions), “You can not bring us down, Rhodesia is far too strong to be destroyed by the enemy ! “.

What is interesting to note is that Rhodesia was the first Sub Saharan Country to establish a Satellite, Television station and Radio Station! Zimbabwe had the best Railway infrastructure in entire Southern Africa! Now it was again on the verge of becoming Africa’s leading Airline by acquiring the then top of the range Boeing 720 aircraft, buying three of them by cash since they were not allowed to borrow outside Zimbabwe and yet, on one hand, it was fighting United Nations sanctions and on the other hand, it was fighting Zanla and Zipra forces!
In his own words, Smith said “sanctions made us more determined, they made us more focussed, cost-efficient and innovative. We managed to see what the World did not see”.
To by-pass, the international Isolation and sanction regime (that were begged by Mugabe, Nkomo, Zvobgo and their Guerrillas ), the Rhodesian Gvt purchased 9 Aircraft between 1973 and 1976 via 11 Middlemen and Facilitators! Each Aircraft ends up costing way in excess of 1 600 000 Rhodesian Dollars!

General Tongo told us “We learnt a lot of our tactics from Smith and even Administratively he is a Master-tactician “. How did we end up with nothing as a country? What happened from “learn from your enemy moto “ that General Tongo was talking about? Today we don’t even have a single operating aircraft, everything collapsed to the ground and we continue to lick America Ass begging them to be our friends

One Comment on ““Gen Tongogara And Ian Smith Specialised In Outsmarting Adversity,” Of Sanctions And Other Challenges”