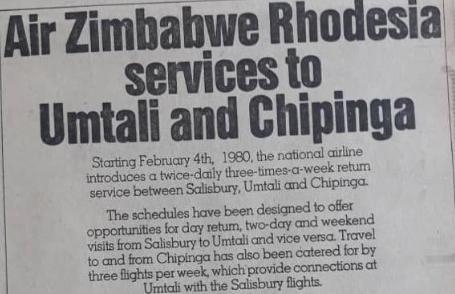 A picture posted on Twitter by Hopewell Chin’ono shows that the national flag carrier Air Zimbabwe used to fly to Mutare(Umtali) and Chipinge(Chipinga) from Harare in 1980.

According to the advert, The flights were to start on 4 February 1980, and the fares were as follows:

The airline also announced that the new route would have a twice-daily three times a week frequency. 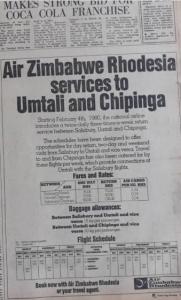 5 comments on “PICTURE: A Blast from the Past, AirZimbabwe Used To Fly To Mutare And Chipinge In 1980”