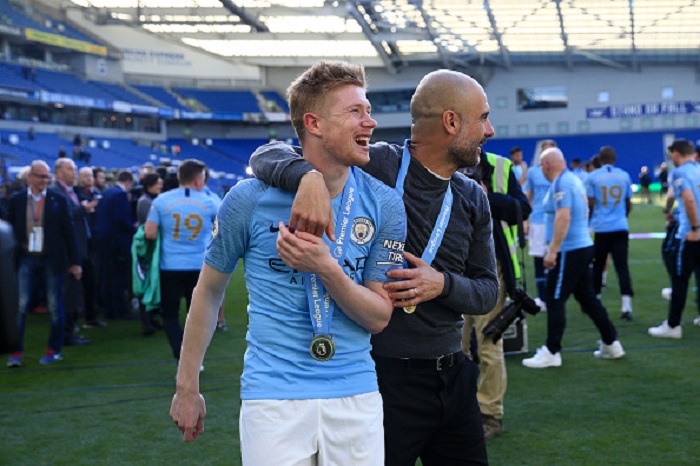 The Belgian international was linked with Real Madrid in the past as he has proved at both international and club levels that he is a top-class player.

De Bruyne has so far shined at the Euros, World Cup and in the Bundesliga and English Premiership, something that has caught the eyes of big clubs around the world.

Speaking on the recent speculations that Real Madrid are keen to bring the services of the Belgian international to Bernabeu, Guardiola joked on Post United in an interview with YouTuber ‘DjMaRiiO’ and said:

Could De Bruyne play in Madrid? Florentino will have to call me.

The Spanish coach has high regards of De Bruyne whom he included in a team of the best eleven players he has coached since becoming a manager.

Guardiola has previously been in charge at Barcelona and Bayern Munich, world-class teams with world-class players.