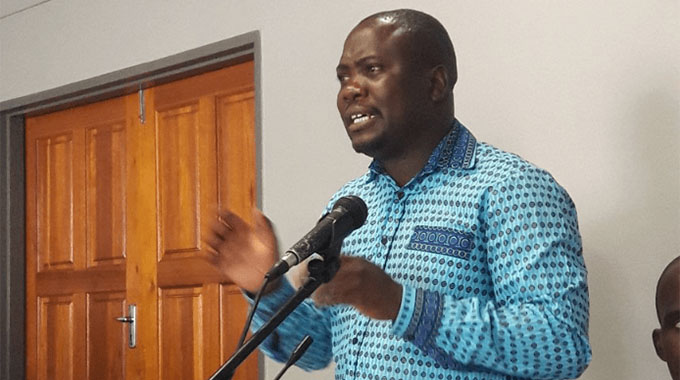 Former ZANU PF Youth League deputy secretary and secretary for the commissariat, Lewis Matutu and Godfrey Tsenengamu respectively, will undergo rigorous training at Chitepo School of Ideology for three months as they serve a one-year suspension.

This was revealed by Zanu-PF acting Secretary for Information and Publicity Patrick Chinamasa following a politburo meeting held at the party’s headquarters in Harare on Wednesday. Chinamasa said:

The two will go under a rigorous training at Chitepo School of Ideology for three months and they will be allowed to contest for any position in the party after their 12-month suspension.

Meanwhile, the Politburo has also with immediate effect suspended the Secretary for Youth Affairs Pupurai Togarepi for indiscipline.

Togarepi will remain a Central Committee member, while Matutu and Tsenengamu will remain card-carrying members.

Youth League Secretary for Administration Tendai Chirau will be the acting deputy secretary for Youth Affairs and will be eligible to attend Politburo meetings.