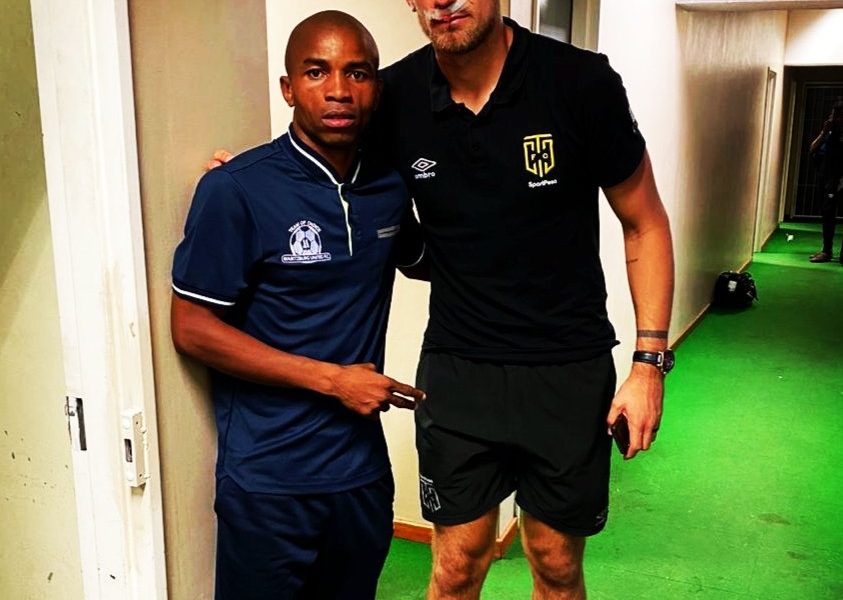 Zimbabwean striker Gabriel Nyoni has issued an apology to Cape Town City goalkeeper Peter Leeuwenburg following a collision between the two players during Maritzburg United’s 1-1 draw with  City at the Harry Gwala Stadium on Friday night.

Leeuwenburgh was injured in the incident and had to be stretchered off while Nyoni was red-carded for dangerous play. Posting on Twitter on Saturday, Nyoni said:

I pray and wish Peter Leeuwenburgh a quick recovery. I apologize for the misjudgement I did on the pitch which led to his injury and I am sorry that he couldn’t finish the match because of it. I also stretch my apologies to his family, friends and Club.

The incident occurred during the first half when the scores were level at 0-0.

The deadlock was broken just nine minutes into the second half when Thabo Nodada netted for City with a simple tap in following good work from Bradley Ralani.

The Team of Choice equalised in the 71st minute through substitute Jeremy Brockie following a mistake by the City goalkeeper.