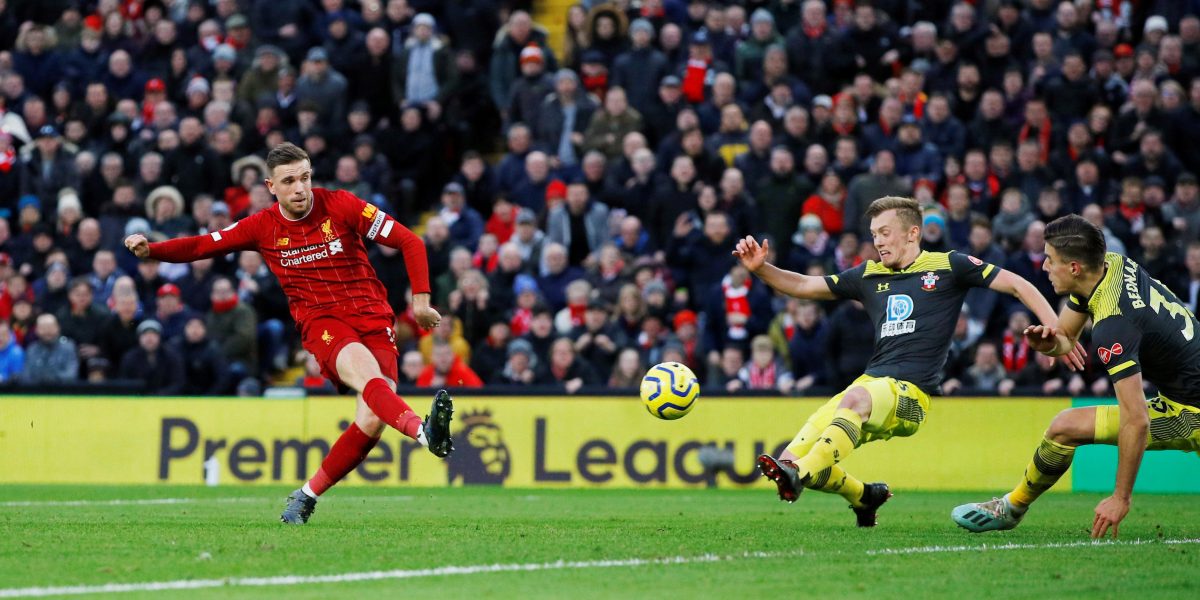 English Premier League champions-elect Liverpool continued their relentless march towards a first title in 30 years after despatching Southampton 4-0 at Anfield on Saturday afternoon.

The win, which took the Reds 22 points clear of Manchester City who are second (albeit with a game in hand), is a 16th consecutive Premier League triumph this season.

Liverpool have now won 24 games out of 25 they have played this term, scoring in every one of them and beating all clubs in the process.

Jurgen Klopp’s world champions scored all the goals in the second half through Alex Oxlade-Chamberlain (47′), Jordan Henderson (60′), Mohamed Salah (72′, 90′).