Delta Beverages Zimbabwe, an integrated beverage company with a diverse portfolio of local and international brands in lager beer, traditional beer, Coca-Cola franchised sparkling and alternative non-alcoholic beverages has released an update which reflects the erosion of incomes.

The trading update for the year which ended 31 December 2019 indicated that beer volumes went down over the Christmas period, once a traditionally strong quarter for consumer spending. However, there was a recovery in soft drink sales as supply improved.

Delta attributes the relatively poor performance to a poor farming season which robbed the company of inputs such as sorghum and maize.

The company predicts that the status quo will prevail for a sustained period of time due to a huge deficit in foreign currency and inputs such as maize.

We present Delta’s trading update in full below. 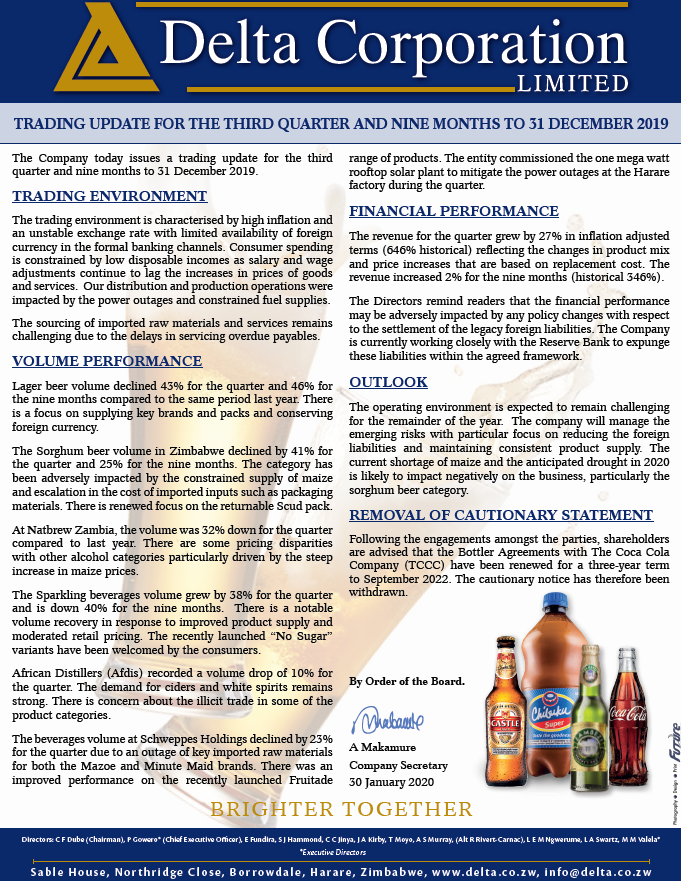