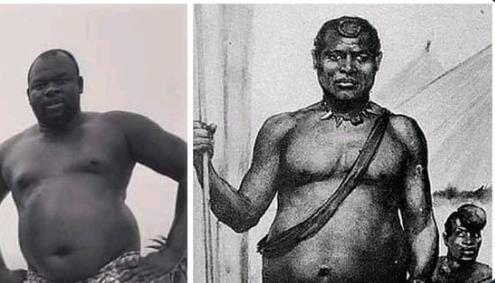 A challenge in which Zimbos are likening themselves to prominent people in the world has gone viral on most social media platforms. The challenge emanated from musician Mudiwa Hood, ‘s Facebook Post when he likened himself to the late NBA legend Kobe Bryant the day the world learnt about his tragic passing.

Mudiwa posted a photo of him and Kobe and said as he was growing up, people in his hood used to say he looked like Kobe. 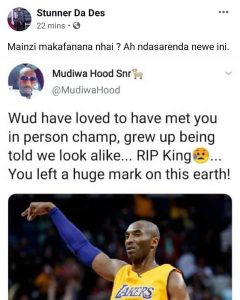 People reacted differently to Mudiwa’s post, some people ridiculed the musician giving birth to the challenge #mudiwahoodchallenge on most social media platforms. People are posting side by side photos of them and people they say they were told they resemble (in most cases sarcastically)

#MudiwahoodChallenge accepted..
Wud have loved to have you in my pocket champ, grew up being told we have the same value… You left a huge mark in Zimbabwe pic.twitter.com/PBf9fspMlX

l grew up being told we look alike🤣🤣🤣 #MudiwahoodChallenge pic.twitter.com/yZjc8VLsBT