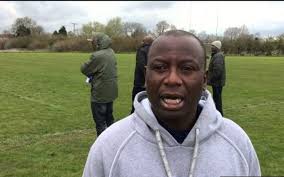 Former Dynamos captain Memory Mucherahowa has criticised his former club for abandoning its renowned youth policy and embarking on a scattergun recruitment drive.

The United Kingdom-based 50-year-old 1994 Soccer Star of the Year told The Standard that he is worried the recruits may not cope with the demands at the humongous institution. He said:

It is a good thing that Dynamos is strengthening the team. I hope they will do well. My only worry is whether these players will cope with the demands of such a big institution.

Dynamos used to rely on its junior policy and the youngsters would play in curtain-raisers. By the time they graduated into the senior team, they would be aware of the demands of the team’s supporters.

The fans knew their youngsters. They would form the core of the team with only one or two additions and not more than seven players.

We carried the Dynamos culture and got used to the fans’ demands before we graduated into the senior team.