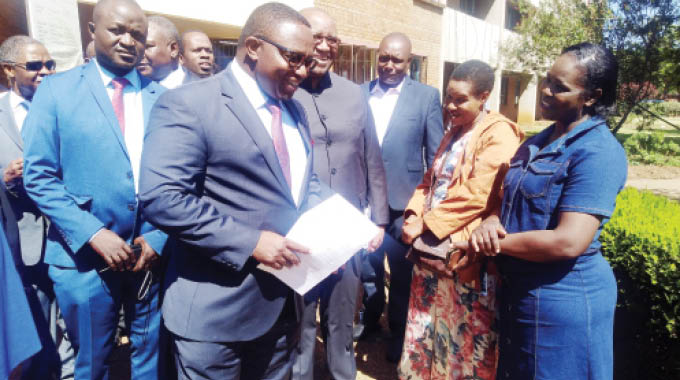 Home Affairs and Cultural Heritage Minister Kazembe Kazembe said the government is working on regulations that will allow locals to apply for passports in foreign currency to enable them to get the document quicker.

Kazembe revealed this on Thursday after a familiarisation tour of the registry and immigration offices in Gweru, the Midlands Provincial capital. He said:

Government is working out strategies to clear the passport backlog and increase daily production because we remain committed to ensuring that every citizen who needs a passport gets one without hurdles.

So soon if approved by the responsible authority, we want a new Statutory Instrument that allows locals with foreign currency to pay for the production of the document.

At the moment we all know that it is illegal for locals to pay for the production of the passport using any foreign currency.

Kazembe also disclosed that there is a passport backlog of between 350 000 and 400 000 passports and the passports being printed now were those applied for in October 2018.

Last year, the government approved the charging of US$318 for passport applicants who are living outside the country and said the applications will be prioritised.

One Comment on “Locals To Pay Forex For Passports, Documents Will Be Processed Quicker”