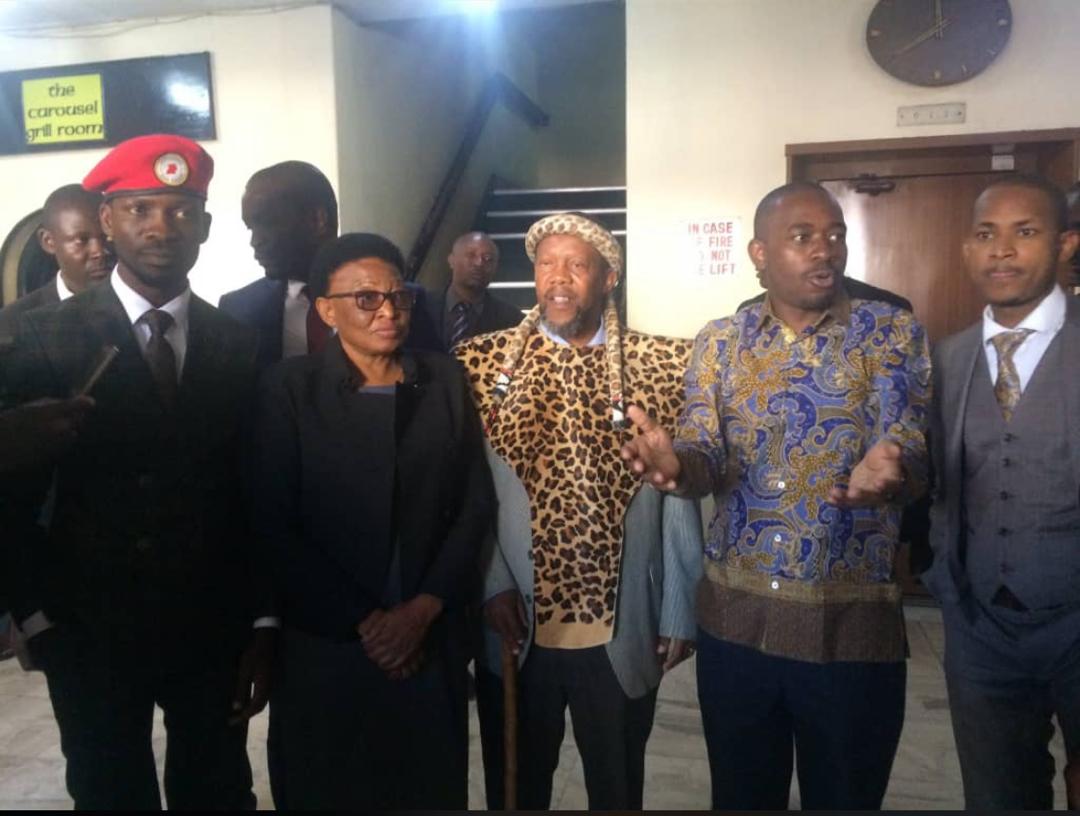 Chief Ndiweni in the company of senior MDC officials

The opposition MDC is set to hold a rally in solidarity with ousted Ntabazinduna chef Felix Nhlanhlayamangwe Ndiweni on February 1.

This was confirmed by Matabeleland North deputy provincial chairperson Jabulani Hadebe in an interview with the Chronicle. Said Hadebe:

Yes, as a party we organising a solidarity rally for ‘Chief Ndiweni on February 1’. We are working with our counterparts in Bulawayo to prepare for it.

We have taken the stance that traditional leaders should be respected instead of their offices being politicised.

President Emmerson Mnangagwa removed Ndiweni from the Ntabazinduna chieftaincy on November 30 last year and subsequently stripped him of all Government benefits accruing to him.

His removal followed recommendations by Cabinet and the Matabeleland North Provincial Assembly of Chiefs that he was not the rightful heir to the late Chief Khayisa Ndiweni since his eldest son, Joram has challenged Nhlanhla’s ascendency to the throne.