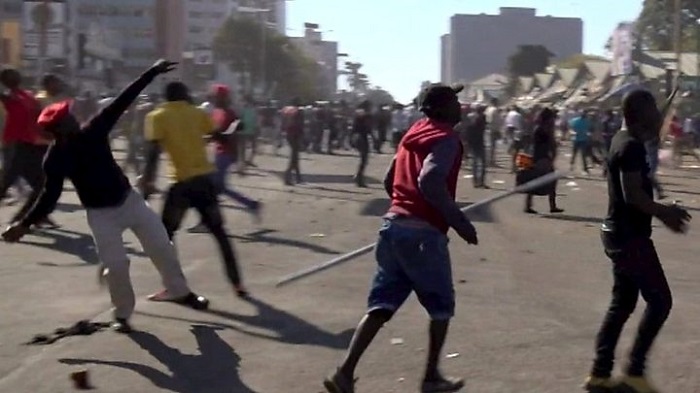 The opposition MDC led by Nelson Chamisa has said that the ruling ZANU PF is threatened by action and that is the reason why it is resorting to violence.

As despondent Zimbabweans brace for action to consign poverty and end their suffering, the clueless and illegitimate Mnangagwa regime is planning to engage in nationwide terror tactics and abductions in a vain attempt to cow and intimidate a determined people.

Impeccable sources within the Joint Operations Command in Harare have intimated to the MDC leadership that the entire system has been rattled. President Chamisa’s call for nationwide action has shaken the regime to the core. The regime is now planning violence, night abductions and an assortment of terror tactics against innocent Zimbabweans in a vain attempt to stop an idea whose time has come.

The regime has now fallen into its default mode of violence. Impeccable sources said the meeting held by JOC early this week had put in place elaborate plans to abduct and torture MDC leaders and party youths in the various townships in Harare so as to engender fear in the country in a desperate bid to stop Zimbabweans from engaging in peaceful action to express their displeasure at the parlous economic situation.

The terror tactics are meant to ensure that Zimbabweans get scared away from their democratic and Constitutional right to express their unhappiness at the deteriorating situation in the country. On Tuesday, President Nelson Chamisa told the nation that the endemic poverty in the country, the joblessness, power and fuel shortages, the rising cost of basic commodities and the deteriorating living conditions were the signal that the people needed to act to end their situation.

Since then, the regime has gone on a default mode and is now planning nationwide terror tactics to cow a nation determined to express itself.

No weapon fashioned against the people shall prosper. Intimidation and terror tactics will not work as everyone, including our uniformed forces, are ready to take decisive action by confronting this illegitimate and clueless regime.

We thank the patriotic Zimbabweans who continue to keep us updated on the heinous plans to jeopardize the people’s intention to legitimately and constitutionally express themselves.

No machete or wicked plan will stop an idea whose time has come.