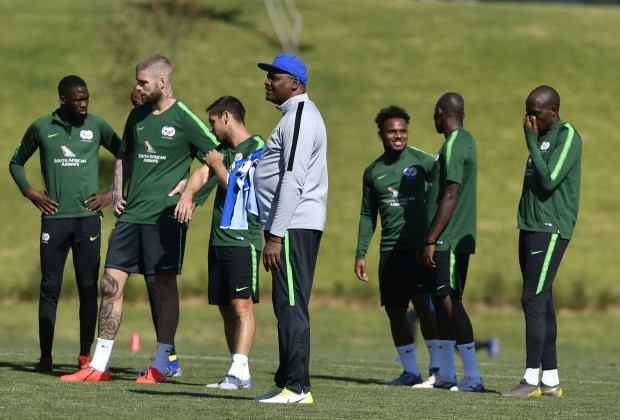 Former Bafana Bafana captain Aaron Mokoena said it will be difficult for South Africa to make it out of Group G in the FIFA World Cup qualifiers as Zimbabwe, as well as Ghana and Ethiopia, will provide a stern test.

“Mbazo” told Goal.com, that the bulk Zimbabwean players’ familiarity with the South African style of football and climate will make the Warriors a tricky opponent for Bafana. He said:

There are no easy games for Bafana especially when we talk about the World Cup qualifiers.

… With Zimbabwe, it will be a derby because we all know their best players are in the Premier Soccer League (PSL).

They will want to beat us and I think factors such as playing here, the climate and weather conditions can suit them when we play them here.

It’s going to be a derby against Zimbabwe, I mean most of their players are here and they understand the culture of South African football. They will definitely want to beat us and we will face challenges going to Harare.

Zimbabwe was drawn in Group G alongside South Africa, Ghana and Ethiopia in the FIFA World Cup qualifiers during the draw that was conducted on Tuesday in Egypt.

The next edition of the FIFA World Cup will be hosted by Qatar in 2022.