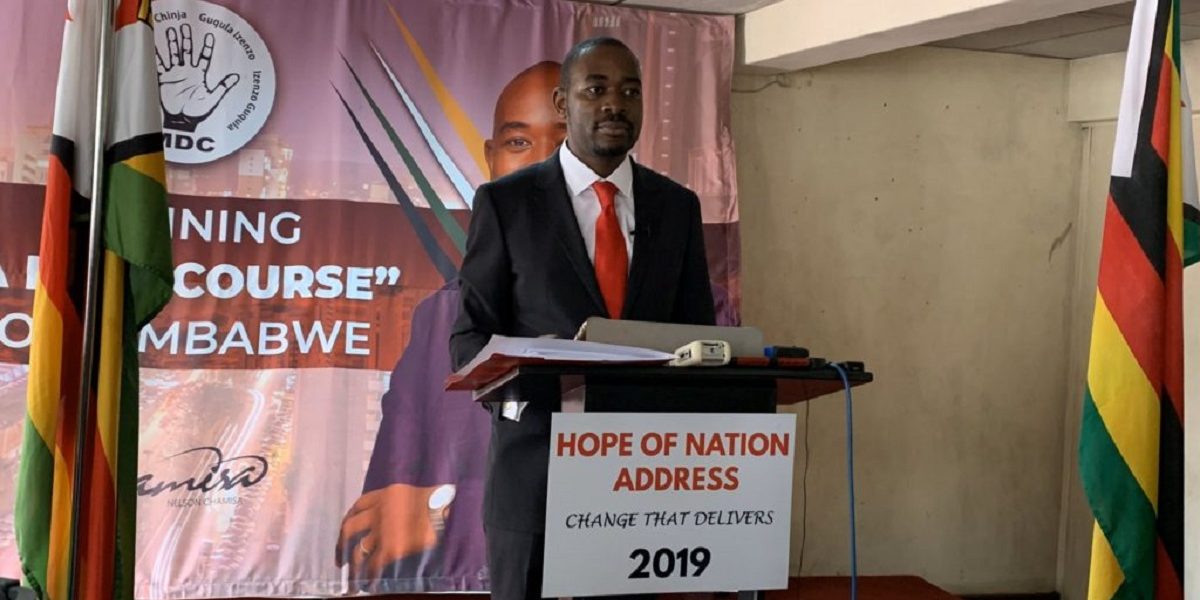 MDC president Nelson Chamisa has aimed a sly dig at President Emmerson Mnangagwa by accusing him of being the sponsor of machete gangs infamously known as MaShurugwi.

Addressing party supporters on Tuesday during his State of the Nation Address (SONA) at Stoddart Grounds, in Harare’s old suburb of Mbare, Chamisa said:

If we don’t stand up together as a people to defend ourselves, we will go the Rwandan way. We have a soft genocide taking place.

Top ruling party officials have been accused of benefitting from the illegal gold mining activities across the country, with former cabinet minister Jonathan Moyo recently claiming that Mnangagwa was implicated in a 2017 police investigation into machete wars in Kwekwe’s goldfields.

The machete gangs are responsible for the killing, robbing and raping of countless innocent citizens across the country.

One Comment on “Chamisa Challenges Mnangagwa To Speak Out Against MaShurugwi”