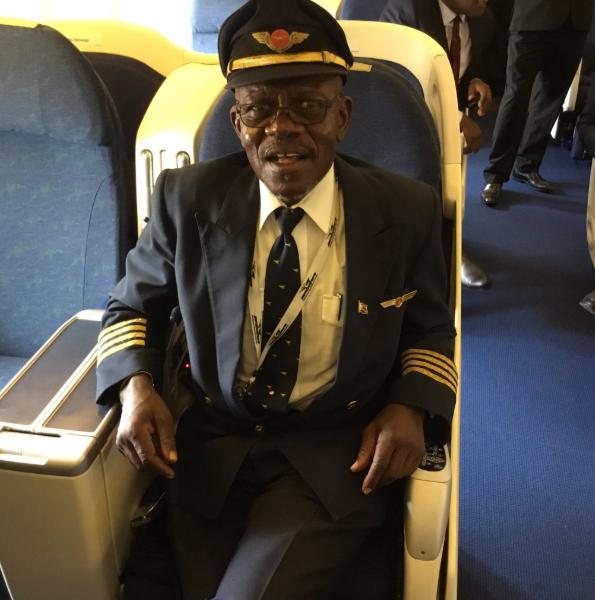 The son of the famous former Vice President from Gutu, S.V Muzenda, Air Zimbabwe‘s Captain Muzenda is set to retire. This was revealed by a Twitter account believed to be run by George Charamba on Twitter.

Another interesting personage among Air Zimbabwe’s early crop of pilots is Captain Muzenda, eldest son of late Vice President Simon Muzenda who trained as a pilot in 1978 when the Zimbabwean struggle was still on. Sadly he is due for retirement within a month hence.

Captain Muzenda was rumoured to have been the late president Robert Mugabe’s trusted pilot who would fly him on most of his trips using the national flag carrier.