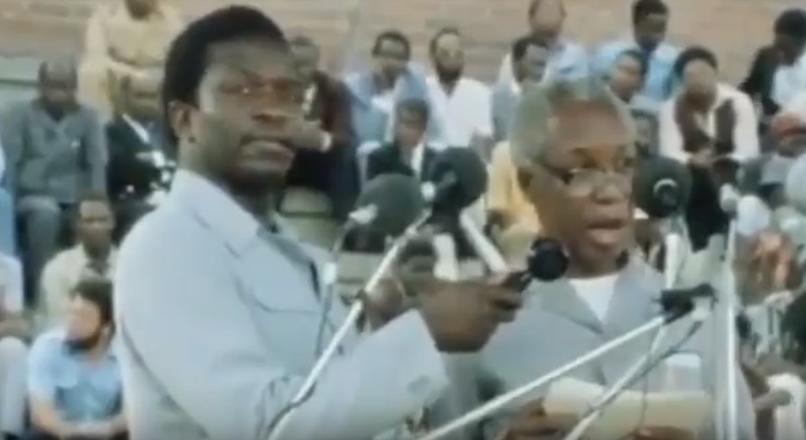 A video that has been posted by Hopewell Chin’ono shows Julius Nyerere in Bulawayo spreading a message of peace to Zimbabwe saying work together and argue, talk and quarrel with words in his peace message.

Here is the video as posted by Hopewell:

Julius Nyerere came to Zimbabwe in 1980 and told ZANUPF that without UNITY, it will betray Africa.

He told ZANUPF to allow different ideas and arguments & not respond with violence!