Voters queue to cast votes in an election in Zimbabwe

The Election Resource Centre (ERC) Africa has expressed concern over the absence of the 2018 poll observer recommendations in the proposed Constitutional Amendment Bill No.2 of 2019. 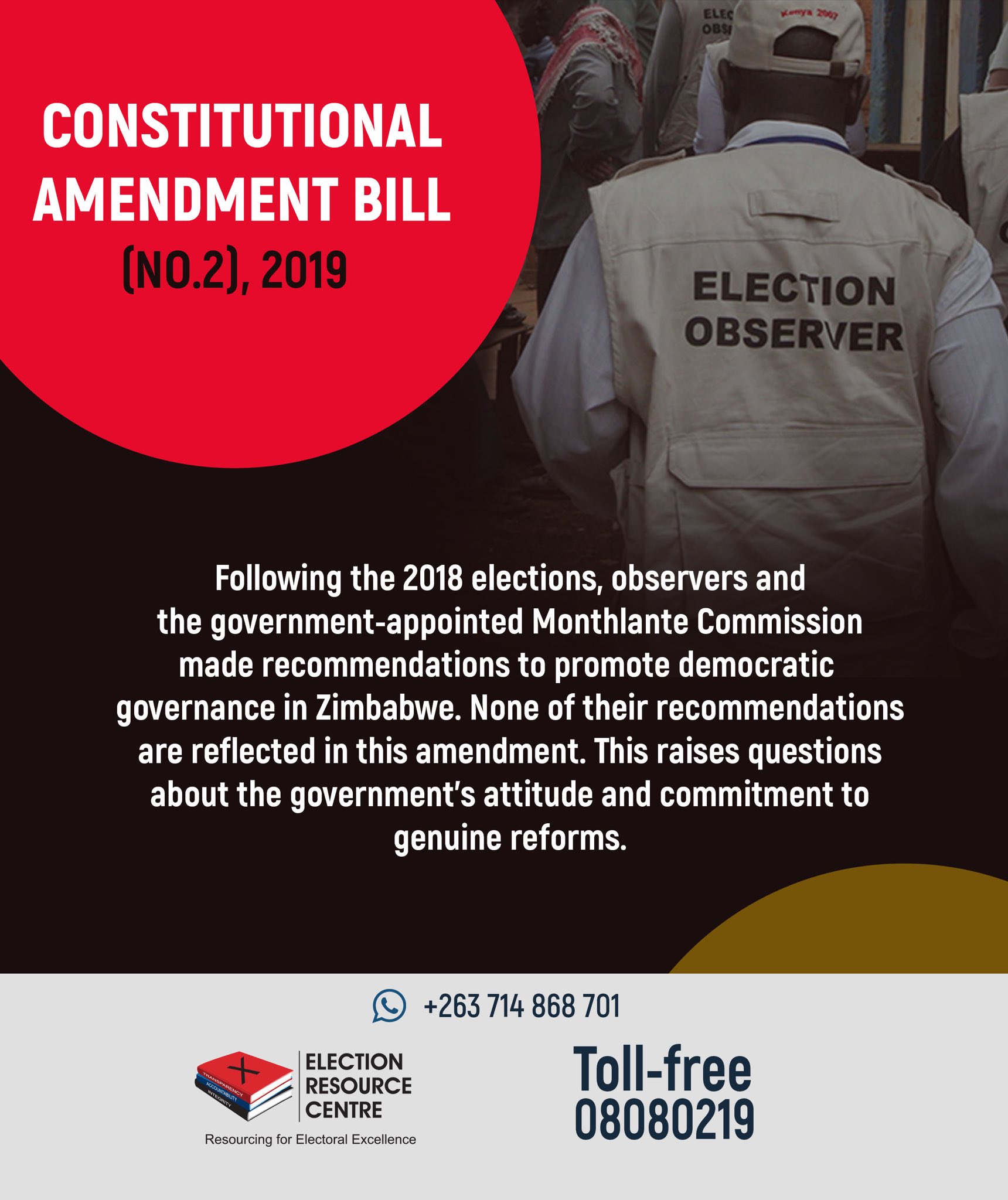 The 2018 elections sparked controversy with the opposition MDC arguing that the ruling ZANU PF in connivance with the Zimbabwe Electoral Commission manipulated the outcome.

The Constitutional Court, however, ruled in favour of ZANU PF after the MDC failed to present evidence to substantiate its argument.

The MDC which is vowing to boycott the 2023 election if the current ZEC administration is still in officer claims that the voters’ roll had ghost voters. It also alleges that there was voter intimidation, vote-buying and altering of the actually figures candidates won.

The President Mnangagwa-led administration is arguing that reforms are underway although the government will not be pushed into “rushing” the implementation.