The ruling ZANU PF has told the opposition MDC to feed its supporters with “sanctions” the opposition party allegedly asked Western states to impose on the country.

The remarks were made after the Secretary-General of the opposition MDC, Chalton Hwende posted on Twitter complaining about the “partisan” distribution of rice the Chinese donated rice which President Mnangagwa gave to all rural constituencies. Hwende said:


All our rural MPs from @mdczimbabwe were denied the Government rice that was given to the rural MPs 4 distribution to their communities facing severe food shortages. The MDC share is being given to Zanupf losing MPs to distribute only to @zanupf_patriots members. 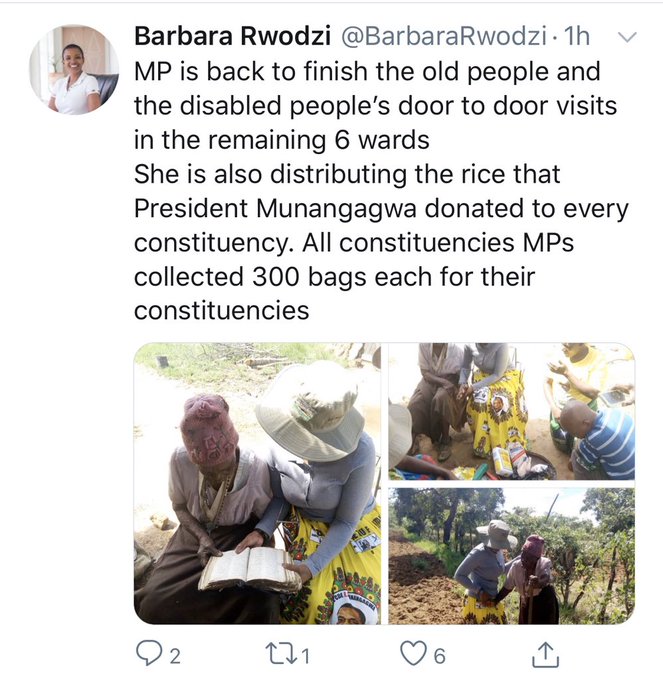 In response, the ruling party said:

You asked for sanctions from your friends, we asked for food from our friends, let’s all distribute what we asked for. Your MPs should forget about distributing rice. As for your supporters, as you know we are a good party, we will give them the rice.

It is however not clear whether China donated the food to president Mnangagwa as the leader of ZANU PF or president of Zimbabwe, or both.

The development comes when the country is facing severe starvation which is projected to continue to next year due to El Nino induced drought.

Building Materials
Harare
BUILDING Materials in & around Harare
US $125.00 Harare