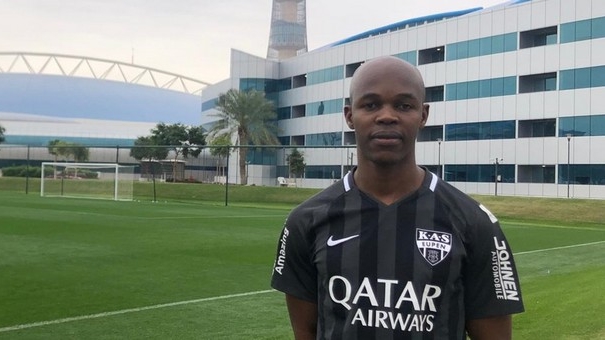 Warriors Captain Knowledge Musona said it was a no-brainer signing for Belgian side KAS Eupen as he had a good impression during the club’s training camp in Doha Qatar last week when he was on trials.

Speaking in his first press conference as a KAS  Eupen player on Friday afternoon, Musona said:

I got to know the club and the team during the training camp in Doha and this week in training in Eupen, and I have a very good impression.

I feel comfortable here and I hope to get playing time and support my teammates. The friendly matches against Ajax Amsterdam and PSV Eindhoven were a good start. I am a versatile striker who can be aligned in the middle and on both sides.

I play where the coach asks, maybe already against Charleroi, because I’m in good shape.

Writing on Twitter later on Friday, Musona pledged to “fight” for Eupen. He said:

Thanks to @kas_eupen for giving me this chance. I will fight every minute on & off the pitch for this beautiful team until the end of the season. Glory to God!