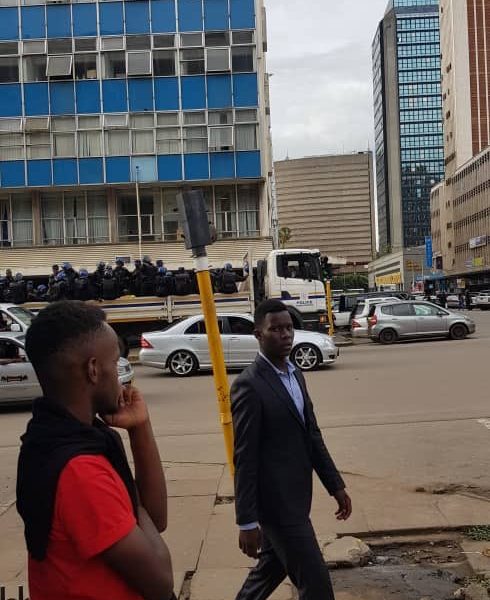 The opposition MDC said it was aware of police intentions to raid its headquarters in central Harare in search for “machete”.

In a statement earlier on Friday, MDC deputy national spokesperson Luke Tamborinyoka accused the police of planning to plant machetes at Morgan Tsvangirai House. Below is the statement in full:

We have gathered from impeccable sources within the regime that the police intend to siege Morgan Richard Tsvangirai House today in a desperate bid to plant machetes and justify their unwarranted crackdown on the party’s legitimate activities.

They are on a desperate witch-hunt and are frantically seeking to portray the MDC, the people’s party, as a rogue organization.

The police have been illegally cracking down on the party’s legitimate programmes, proscribing innocent party activities, arresting the party leadership and stopping Zimbabweans from peacefully expressing themselves in line with the country’s Constitution.

We understand the police are seeking a search warrant in order to use their presence at the headquarters of the people’s party so as to plant machetes and portray the MDC as a criminal organization.

The desperate attempts will not wash.

The people shall govern.