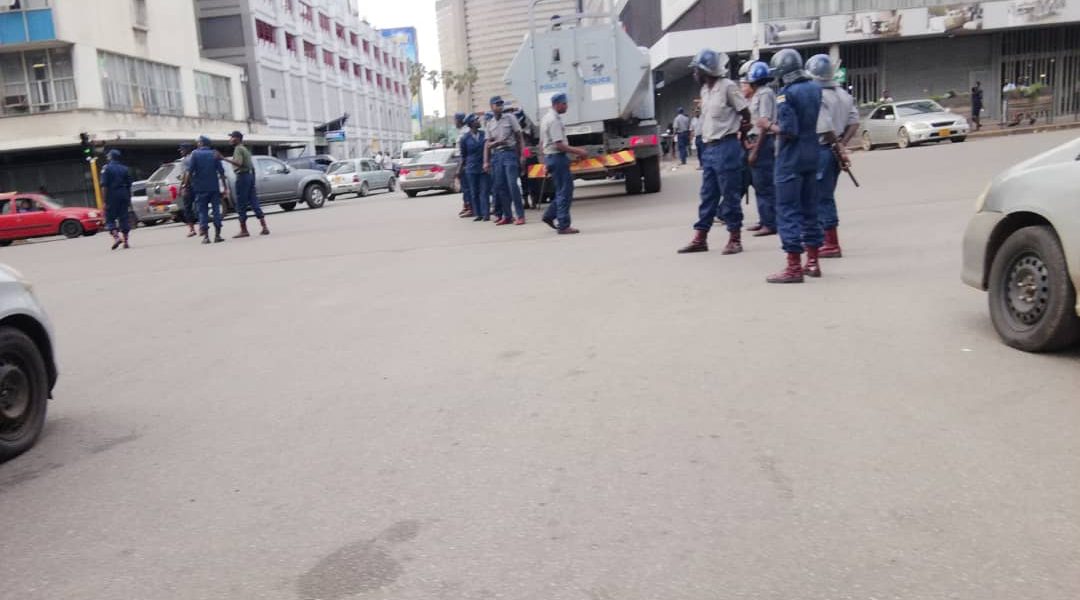 Writing on Twitter on Friday evening, Chamisa warned that the police’s intimidation tactics will not break the party’s resolve. He wrote:

7 trucks with over 400 armed riot police details have besieged MDC party HQ to search for weapons of war.

They are searching in all the offices and corridors. They will find nothing except the resolve for change. You cannot stop the winds of change whose time has come. Freedom will come!

Police on Friday served MDC officials at the party headquarters, Morgan Richard Tsvangirai House with a search warrant to look up for machetes and other subversive material in the building. Part of the search warrant read:

Certain article(s) that is to say: Machetes and subversive material which are concerned or on reasonable grounds believed to be concerned in the commission or suspected commission of an offence of possession of articles for criminal use as defined in Section 40 (1) of Criminal Law Codification and Reform Act, Chapter 9:23 in preparation to commit public violence.