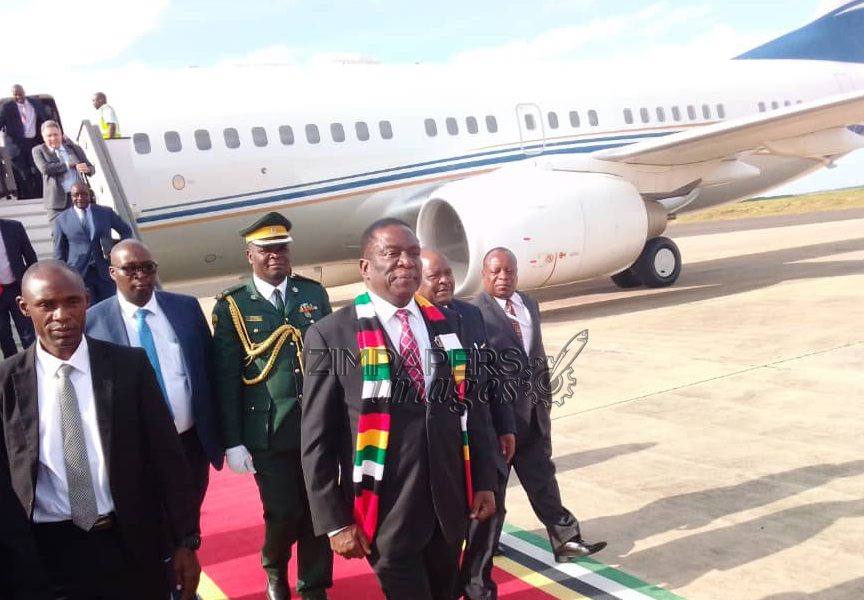 President Emmerson Mnangagwa, who is on his annual leave, has left Harare for Maputo, Mozambique for the inauguration of the President-Elect, Filipe Jacinto Nyusi following his re-election for a second term last October.

Mnangagwa commenced his annual leave on January 8 and unlike his predecessor, the late Robert Mugabe who used to travel to the Far East, he chose to enjoy his leave in the country.