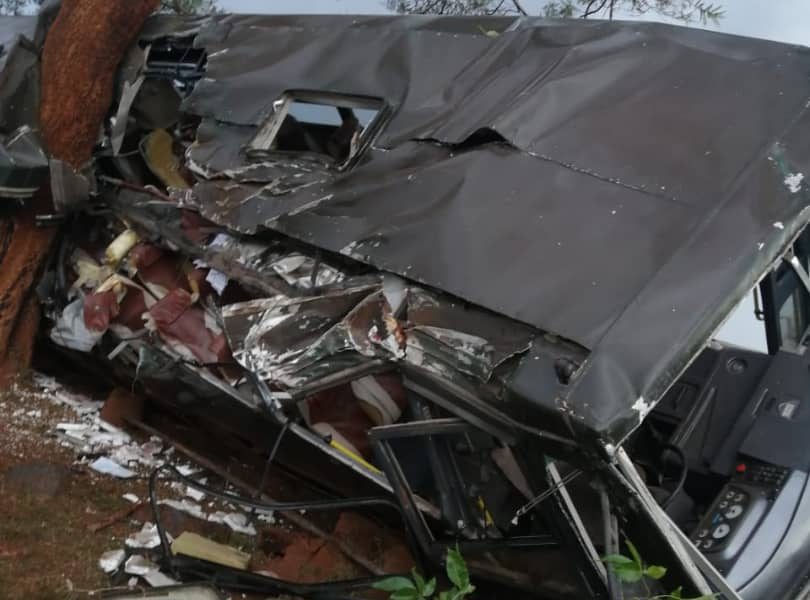 Zimbabwe National Army Bus was involved in an accident

Five soldiers were reportedly killed following last week’s accident involving a Zimbabwe National Army (ZNA) bus which veered off the road before ramming into a tree near Kuwadzana along the Harare-Bulawayo highway.

According to the Zim Morning Post, ZNA deputy spokesperson Major Alex Zuva dismissed the report that some officers lost their lives, saying there were only 11 servicemen injured in the incident. He said:

Eleven soldiers who were injured were taken to Parirenyatwa Group of Hospitals for medical attention and others were admitted at army hospitals in Harare.

Currently, we have not yet received information concerning the deaths of soldiers. If there are deaths, we will let the media know.

However, the publication quotes a soldier who was on the bus on the fateful day as saying that five soldiers have so far been confirmed dead in the accident, with two dying while on the way to Parirenyatwa.

Three of the deceased lost their lives later died while admitted at ZNA hospitals in the capital where they had been taken for treatment.