Zimbabwe Republic Police has warned its members against engaging in illicit activities including commercial sex working which some members and or their spouses and relatives are reportedly engaging in at Mazowe Jumbo Mine.

An internal circular observed that the accused are also releasing secret police information and this is said to be compromising the force.

The development comes when the deteriorating state of affairs is affecting workers whose salaries have been eroded by the soaring inflation.

Workers and the government are failing to reach an agreement on the amount with which to increase the workers’ salaries.

The Apex Council which represents workers has on several times rejected offers by the employer stating that the proposed increase was insignificant considering that the economy is inflationary.

We present the below the circular in full. 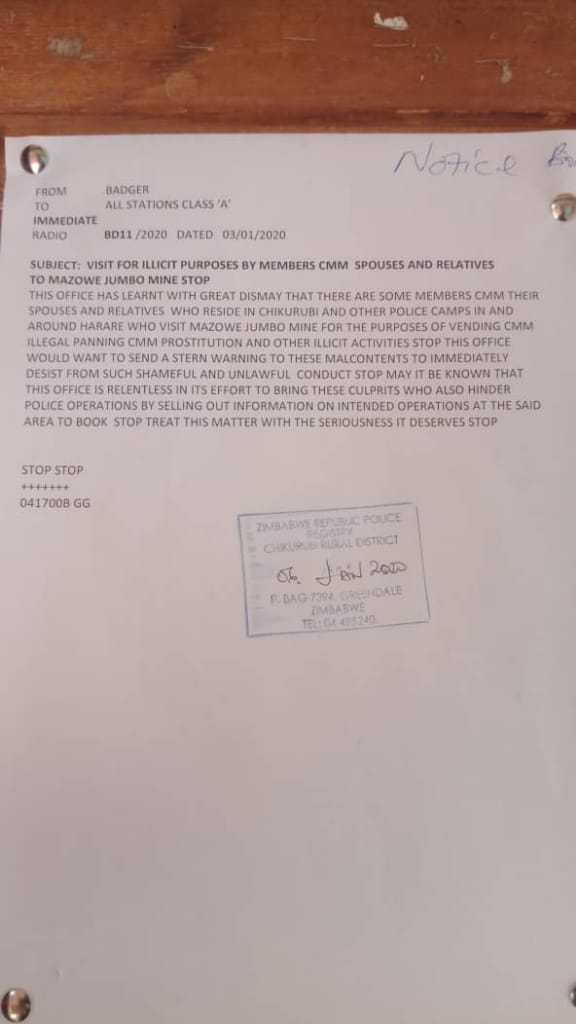